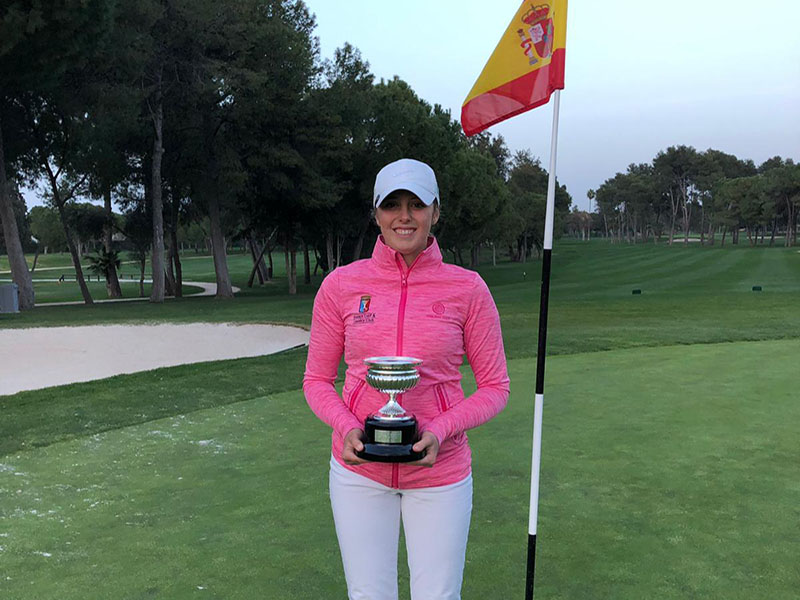 Valentina Albertazzi, who is very proudly sponsored by Atalaya Golf & Country Club, brought home another first place victory last weekend, winning the Ladies’ Division of the Seville Championship (Campeonato de Sevilla). The event was held on Saturday and Sunday, the 16th and 17th of February, at the Real Club Pineda de Sevilla.

Valentina finished the two-day, 36-hole tournament with an impressive 140 strokes, 4 under par. She dominated both days of the competition and was the only competitor to post an under par winning score on the leaderboard.

Beatriz Barrios, with 149 strokes (+5), walked away with Second Place honours in the Ladies’ Division. Beatriz is sponsored by the Real Club Sevilla Golf.

Felipe Fernández of Seville placed first in the Men’s Division. He played rounds of 73 and 72, respectively, for a total of 145 strokes (+1). The Men’s Division Second Place winner, with a total of 146 strokes, was Francisco Bolaños. Francisco is federated by the Real Club Sevilla Golf and was proclaimed as the tournament’s runner-up.