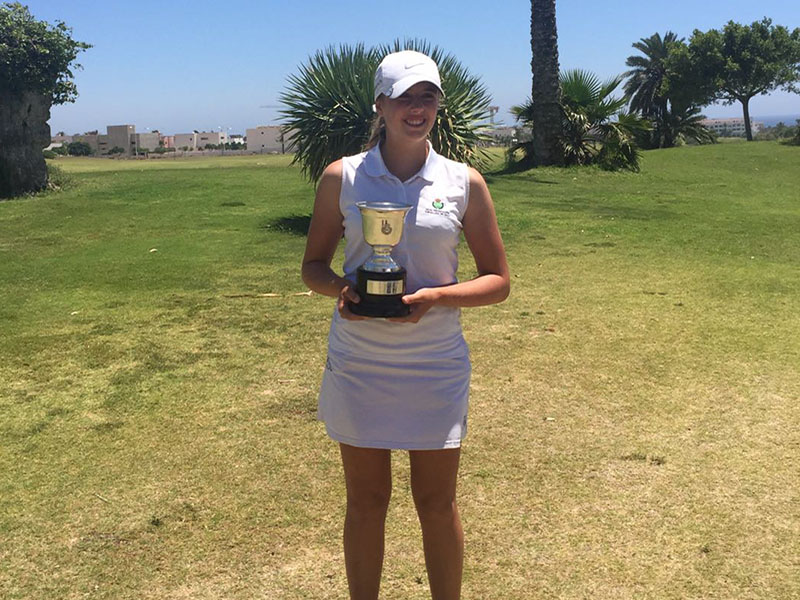 Valentina Albertazzi is the 2018 winner in the women’s category of the Sub-18 Andalusian Championship. This year’s event was held at the Alborán Golf course in Almeria, on Saturday, Sunday and Monday, June 29th, 30th and July 1st.

Valentina is sponsored by Atalaya Golf & Country Club, and Atalaya is very proud of this aspiring, young golfer’s commitment to the game and the ongoing success of her golfing career.

The three-day competition was played using an 18-hole stroke play, scratch format each day. At the end of the second day of play, half of the tournament’s participants were cut from the competition, reducing the field of players on the final day by one-half.

Valentina won the competition with an excellent final round, scoring a 69 and carding the only under par round of the day. Valentina ended the final round four shots ahead of Marta Lopez, from Playa Serena, who was the tournament’s leader after two days of play. Carmen Belmonte, from Real Club de Campo de Córdoba, walked away with the championship’s third place honours, nine shots behind Valentina.

For more information about the results of the Sub-18 Andalusian Championship, click on the following link