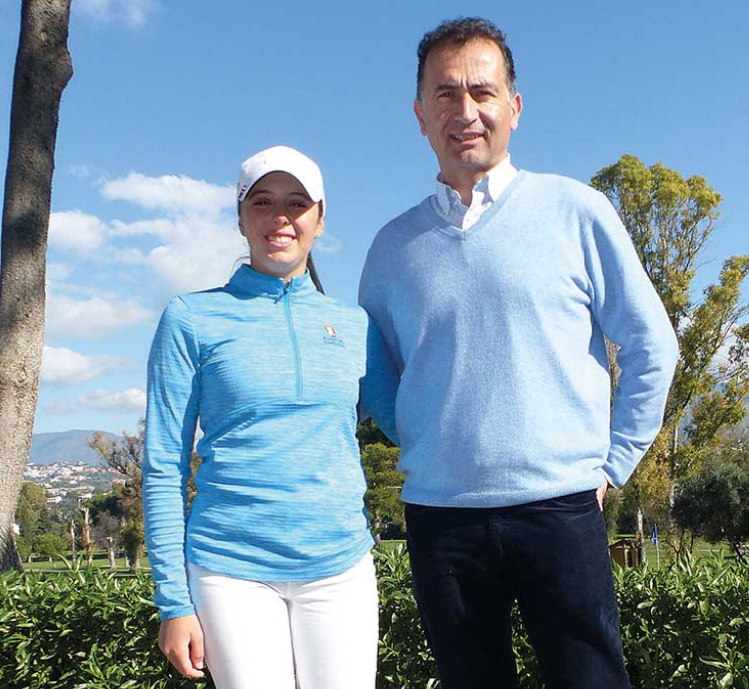 During the recent months when things were locked down as a result of the COVID-19 pandemic, Valentina Albertazzi was often practising and playing at Atalaya Golf & Country Club. Both Valentina and her younger sister Cristina are proudly sponsored by Atalaya Golf, and both are already making marks for themselves in the golfing world.

While Cristina is expanding her golf career playing on the Andalusian circuit, Valentina has returned to the United States for her sophmore year after receiving a golf scholarship at Kent State University in Ohio.

Valentina transferred to Kent State after playing her freshman season at Miami’s Nova Southeastern University, where she was named the Women Golf Coaches Association (WGCA) Division II Freshman of the Year.

At the end of her freshman year, Valentina was ranked N°3 in Division II of the National Collegiate Athletic Association (NCAA) ratings. Her scoring average was 70.25. She experienced Top-10 finishes in all seven of her tournament appearances. She finished in the Top-5 in four of the seven tournaments in which she competed.

A week earlier on February 22nd, Valentina was tied for fourth after two rounds, at five over par, with rounds of 75 and 74, in Kent State’s three-round battle against Michigan State University.

Valentina has her sights set high. She hopes to qualify for both the LPGA and the Ladies European Tour. Although 2023 is not the year, she is aspiring to land a spot on a future Solheim Cup team.