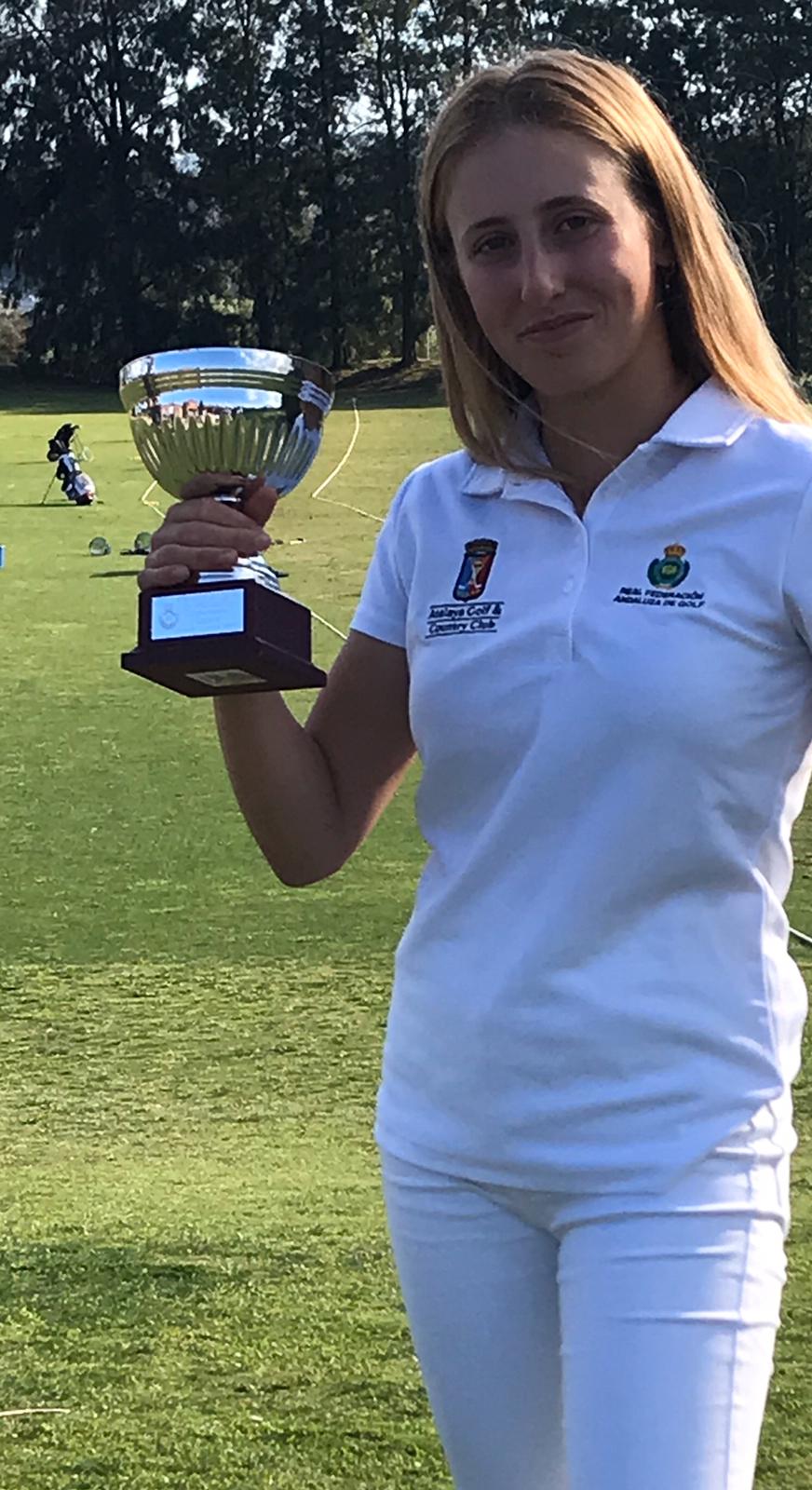 Rising star Cristina Albertazzi, both federated and sponsored by Atalaya Golf & Country Club, placed first, in the female Cadet category of the Andalusian Youth Circuit’s most recent tournament. Under the auspices of the Royal Andalusian Golf Federation, the 18-hole, stroke play, scratch mode tournament was held on Sunday, the 18th of April, at Club de Golf La Cañada, in Sotogrande.

Finishing four over par, Cristina carded 75 strokes. Much to her credit, Cristina played the back nine at a mere one over par.

Almerimar Golf Club (eastern area), Club de Golf La Cañada (central area) and Sherry Golf Jerez are the venues for the 2021 Youth and Benjamin Circuits of Andalusia. All three golf clubs are a part of the Royal Andalusian Golf Federation’s Youth Golf Program. According to the Federation, the three participating courses  “… have once again demonstrated their commitment to grassroots sport and their continuous involvement with the youngest.”

The Andalusian Youth circuit consists of the Cadet, Infantile and Alevín categories. The Benjamin circuit is for the youngest golfers. About 300 players under the age of sixteen participate in these two circuits.

The Atalaya Golf Family is extremely proud of Cristina. She is truly an ambassador for our club and the perfect example of the ideals that Atalaya holds dear.