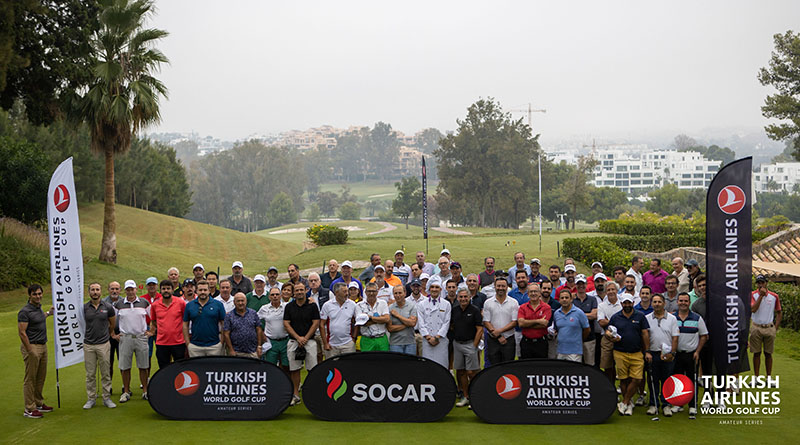 Turkish Airlines World Golf Cup is the “widest reaching corporate golf tournament in the world”, and one leg of this prestigious tournament was played at Atalaya Golf & Country Club on Saturday, the 28th of September 2019.

The 2019 World Golf Cup series started in Bahrain in February and is being played throughout the year at the world’s best golf courses. Qualifying events are being held in some 100 cities in 71 countries throughout Africa, Asia, Europe, North America, South America and the Middle East.

Top series finishers will be eligible to play against the world’s best professionals at the Turkish Airlines Open slated for November 7 -10, 2019. Justin Rose is the reigning Turkish Airlines Open Champion. He won the tournament for the second year in a row in 2018. This win clinched his place as Number One in the World Golf Rankings.

The format of play at each qualifying event is Individual Stableford, with prizes awarded to the top three players. The competitors with the “best gross score” and “nearest to the pin” are also honoured. Separate prizes are awarded to both men and women.

Turkish Airlines publicises its World Cup as a “global network meeting”, as well as a golf tournament. The airline states that “the events bring together important customers of Turkish Airlines, other sponsors and the leading names of the travel industry. Throughout the tournament, guests play golf and network on the world’s most high-profile golf courses.”