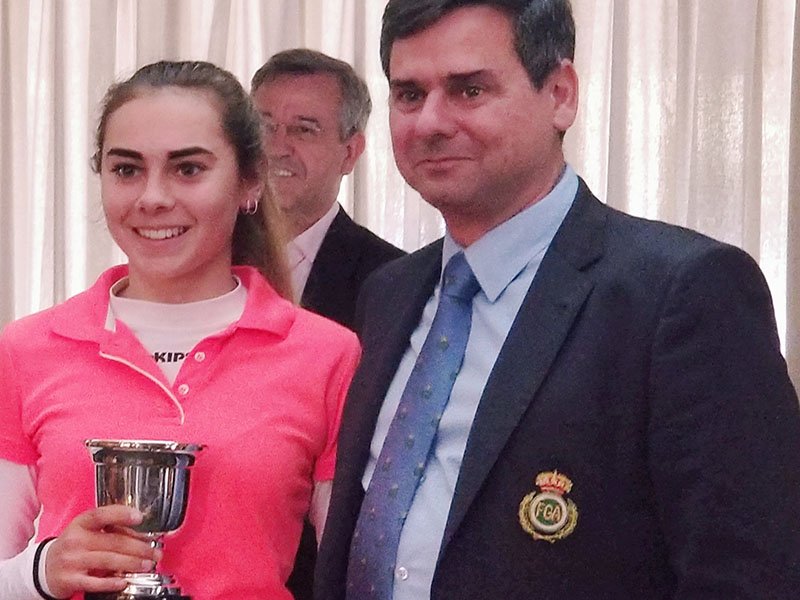 Atalaya Golf & Country Club proudly hosted La Copa de Andalucía Femenina 2018, January 9th through the 12th. This year was the second year in a row for Atalaya to host this prestigious event. Simultaneously with the tournament for the girls at Atalaya, La Copa de Andalucía Masculino 2018 was held at the Real Club de Golf Guadalmina.

The four-day, stroke play tournament was played on Atalaya’s distinguished Old Course and attracted amateurs from Spain, Sweden, Switzerland, Great Britain, and various other European countries. Some of the tournament’s participants attend university in the United States.

Competitors, whose handicaps ranged from a high of seven downwards into the pluses, were trying to accumulate points for both the Absolute, Sub, and Cadet Women’s National Rankings and the World Rankings.

The tournament’s field of 84 players was cut to the top 50 competitors for the final day of play, held on Friday, January 12th.

Catalan Laura Pasalodos, who carded an under par 71 in the Final Round, was crowned tournament champion with a four-day scratch total score of 287 points. The Galician Marta García took Second Place with 288 points.

Ana Peláez of Málaga placed Third. Peláez launched a strong attack on Day Four and came home with a most impressive under par score of a 70. Her four-day total score was of 292 points. Dimana Viudes placed fourth, playing her Final Round at par and carding a total score of 293 points.

The highlight on Friday’s final day of competition was the fabulous round played by Atalaya’s own Valentina Albertazzi, the daughter of Atalaya member Giovanni Albertazzi. Valentina carded a remarkable Final Round score of 67. She walked away with Fifth Place tournament honours, scoring 294 points.

Valentina regularly practices and plays at Atalaya. Often, she trains in the practice area adjacent to Hole Eleven of the Old Course. You may, also, catch a glimpse of her on either the Old or the New course whilst playing, often with her father. What a joy to watch her seemingly effortless, liquid, and flowing swing!