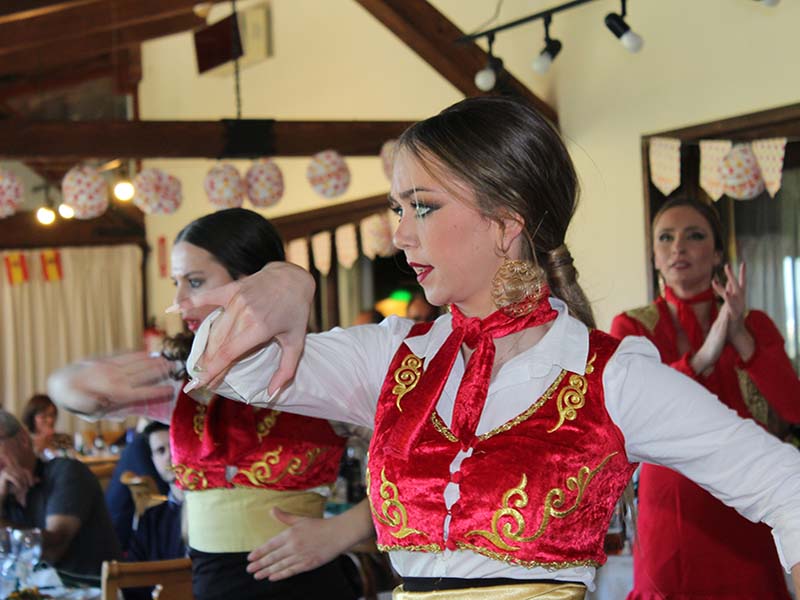 The 28th of February is an important public holiday in the province of Andalucia. Known as the “Día de Andalucia” this special day is celebrated each year to commemorate the approval by the Andalusian people in 1980 of the referendum that made Andalucia an autonomous community in Spain.

Each year businesses, public offices and schools are closed to allow all of the people of Andalucia and their friends to celebrate in style, and Atalaya Golf & Country Club is never in the background when it comes to organising a grand “fiesta” to commemorate Andalusia’s autonomy.

This year’s “Día de Andalucía” venue at Atalaya included a golf competition on the Old Course for members and their guests followed by a Spanish luncheon celebration and awards ceremony.

Ironically for a Spanish celebration, the Canada Cup golf format was chosen for this year’s 18-hole tournament. The Canada Cup is known to be a very difficult and somewhat unforgiving pairs competition, where the Individual Stableford scores of both members of a two-person team must be recorded on each and every hole. When it comes to playing a Canada Cup, there is no room for error on the part of either partner.

This year’s tournament winners Jaime Pinzon and Manuel Troyano were in no way intimidated by the Canada Cup challenge and proved that they could easily conquer the format. The pair accumulated a final score of a remarkable 74 points, which averages 37 Stableford points for Pinzon and 37 points for Troyano over 18 holes. Atalaya’s strong ladies’ team of Doris Müller and Mechthild Zethreaus also rose to the occasion and carded an admirable final score of 72 points, only two points behind their male counterparts. The ladies easily walked away with second place honours.

The Canada Cup tournament was only the beginning of a long day of celebration at Atalaya. After golf everyone gathered at the Clubhouse for a true Andalusian fiesta. To begin – sherry, oysters, cava, and, of course, Spanish ham – were served with the greatest of traditional Andalusian fanfare. A delicious Spanish buffet followed. Then, the crowd was entertained with a delightful flamenco show followed by dancing and even more dancing. More dancing and drinks kept everyone active until late into the evening.

Because of the generous contributions of this year’s sponsors, more than 52 prizes were awarded to those who participated in the golf competition. In addition to the normal prizes for the tournament’s top scorers and closest to the pin, a tombola provided an opportunity for those competitors who perhaps had experienced an off day on the golf course to still go home with a treasure tucked under their arms.