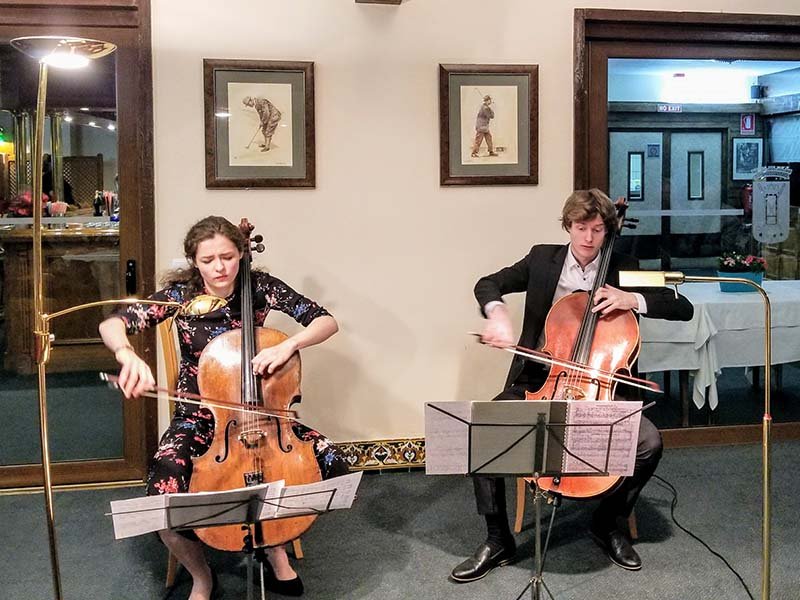 A first-time-ever event took place at Atalaya Golf and Country Club on Saturday, February 17th. Members and guests were treated to a very special Evening of Cello performed by accomplished cellists Anastasia Kobekina, originally from the Ural region of Russia, and Johannes Przygodda, of Berlin.

Anastasia, who was born into a family of musicians, received her first cello lesson at the age of four in her home town of Ekaterinburg, Russia. She later continued her studies in Moscow at the Central Music School and at the age of 16 moved to Germany to study at the Kronberg Academy, a renowned training institution for exceptionally gifted young violinists, violists, and cellists. At the Kronberg Academy, Anastasia became a soloist. After four years of intensive training at the academy, Anastasia moved to Berlin where she became a student in October of 2016 at the University of Arts.

Both Anastasia and Johannes are passionate about chamber music and brilliantly shared this passion when they performed at Atalaya. Anastasia plays a cello crafted in 1743 by Giovanni Baptista Guadagnini, and Johannes’ cello is a 2010 creation by Ragnar Hayn.

Please SEE BELOW the videos clips of the pair’s performance at Atalaya.