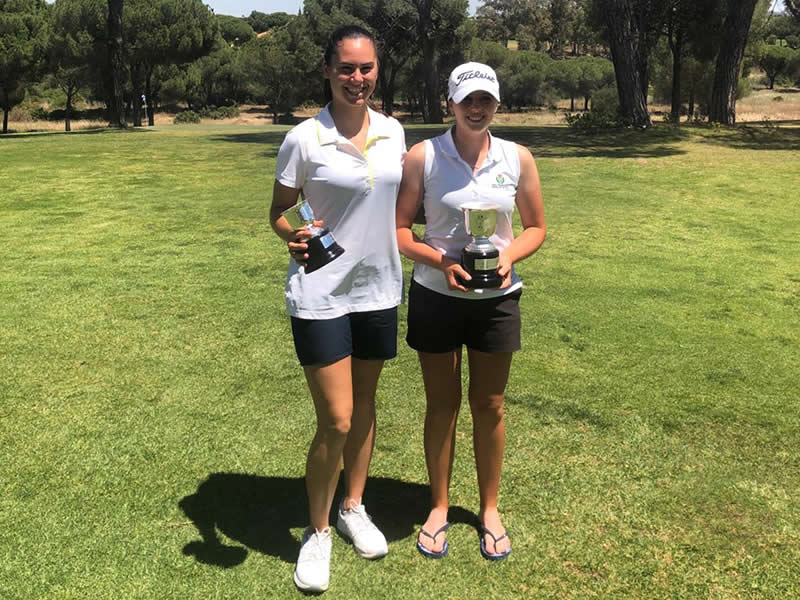 Valentina Albertazzi, who is proudly sponsored by Atalaya Golf & Country Club, added another win to her impressive 2019 tournament season last Saturday and Sunday, the 11th and 12th of May. The aspiring young amateur took first place honours in the Ladies’ Stroke Play Scratch Division at the XXXVII Championship de Huelva de Golf. The two-day event was held at Bellavista Golf Club in Huelva and was sponsored by the Royal Andalusian Golf Federation and the Huelva Provincial Council.

Valentina finished at the top of the podium with rounds of 70 and 71, respectively, for a total score of 141 shots. This year’s event marks the 37th anniversary of this highly respected tournament which attracts players from all areas of Andalucia, as well as many golfers from Portugal.

Congratulations are in order to both Valentina and Sara!