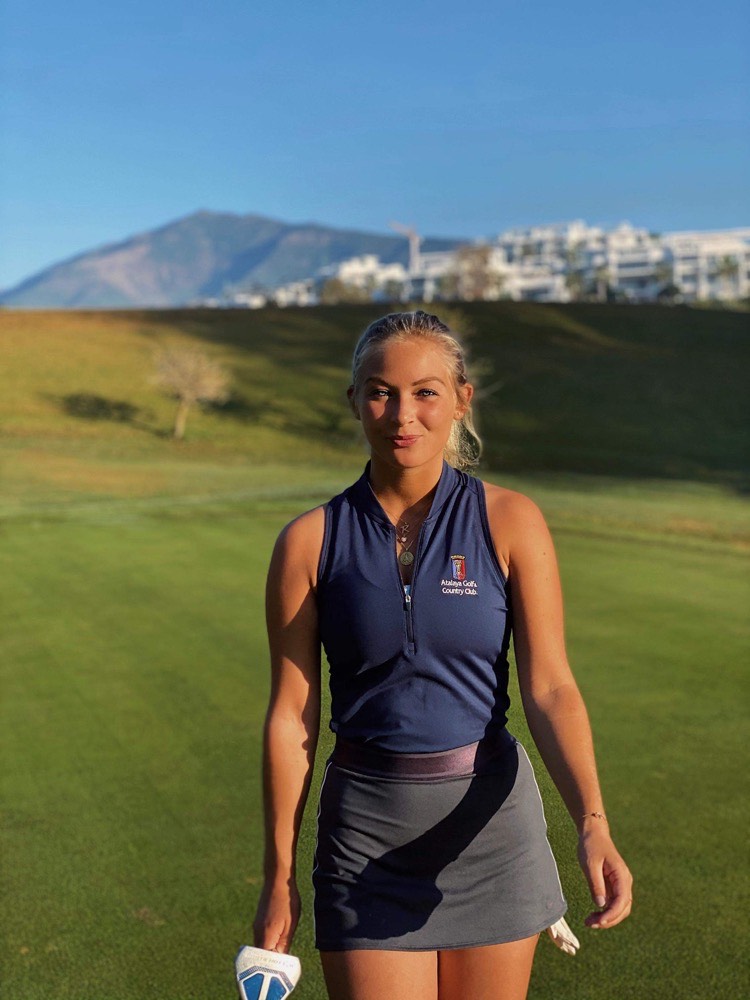 The aspiring, Norwegian professional Tina Mazarino, who considers Atalaya Golf & Country Club her second home, planned to be here with us on the Costa del Sol at Atalaya Golf to train for the 2021 season. Unfortunately, COVID-19 changed all of that.

While at her home nearby Oslo in late 2020, Tina learned that the first flights between Norway and Malaga were scheduled for mid-March. Being unable to travel to Atalaya for her winter training program was a big problem for Tina. She had planned to come to Atalaya to train and play in the newly formed TORO TOUR during February and March; however, this simply was not to be. “These COVID-19 times make everything so difficult,” she said.

Quickly adjusting to the situation, Tina opted to travel to South Africa until mid-May to train and play in the Sunshine Ladies Tour there, playing six tournaments “…as a warm-up for the season.”

Tina told Atalaya’s General Director Andrés Sánchez in a recent email, “I want to come to you – my  favourite place – as soon as possible.”

Tina also told Sánchez that she has recommended Atalaya as the perfect facility for training and playing to several of her mates and to professional Marianne Skarpnord. Marianne plays on both the Ladies European and the LPGA tours and is considered Marianne Skarpnord one of the best players on the Ladies European Tour. “She (Marianne) will show up in a day or two, I think,” said Tina.

The winter has not been easy for Tina. Her father was hospitalised during the holidays with a serious infection. “He barely survived,” Tina said. “Now he is fortunately well again and will come with me to South Africa.” On top of her father’s illness, Tina contracted COVID-19 after her father came home from the hospital. “I ended up in isolation and became a little sicker than a flu,” she said.

We at Atalaya wish Tina the very best during her time in South Africa. We are counting the days until she will again be teeing up with us at Atalaya!