According to legend, the Babel tower started the dissemination of languages and the phenomenon called communication.

Atalaya Golf & Country Club has members from a large number of different countries, 36 to be precise. Next to Spanish, the official language is English, and that is the language used in many conversations in the club. But many members want to enrich their time in Spain by improving their Spanish language skills.

So the club organises Spanish language classes for members.

These are held in the bridge room of the club and cater for different levels, from beginners, who are introduced to the basics of Spanish grammar and vocabulary, to more advanced learners where the emphasis is on improving Spanish conversational skills.

The classes are run by professional Spanish language teachers. A small charge is made to cover the cost of the teachers time.

These classes will be open in the near future also to the client non-club member of our club. 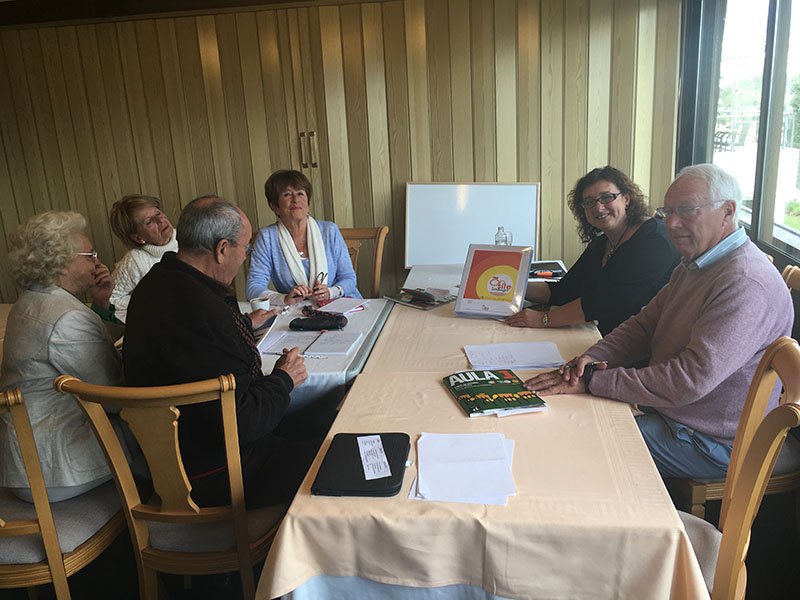