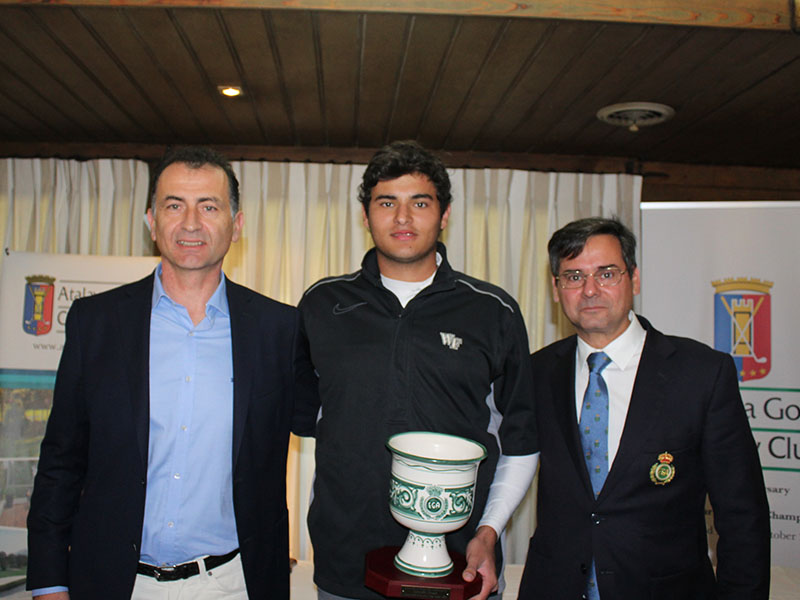 Madrid’s Eugenio López-Chacarra is the 2019 Copa de Andalusia’s Men’s Division champion. Touted as Spain’s first big amateur golf event of the year, the tournament attracts top amateur golfers from many nations. The tournament was played on Atalaya’s challenging Old Course from the 9th through the 12th of January.

López-Chacarra walked into the Copa’s third and final round in a very positive position with the competition’s two best rounds of the week – 67s (-5s) in both rounds one and two. On day three with five birdies and three bogeys, the aspiring golfer played his third under par round of the tournament, carding a 70 (-2).

López-Chacarra is currently ranked 15th in the Men’s World Amateur Ranking which ranks the top amateur golfers on the basis of each player’s average performance in “Counting Events” over the previous 140-week rolling cycle.

At Atalaya López-Chacarra was the only player in the field who posted an under par score on the leaderboard. He finished the tournament with a most impressive -12!

In 2017 López-Chacarra won the Grand Prix de Landes. In 2018 he placed first in the Spanish Sub Championship Sub18. Equally noteworthy is his contribution to the Spanish victory in the Sub18 Men’s European Championship last summer.