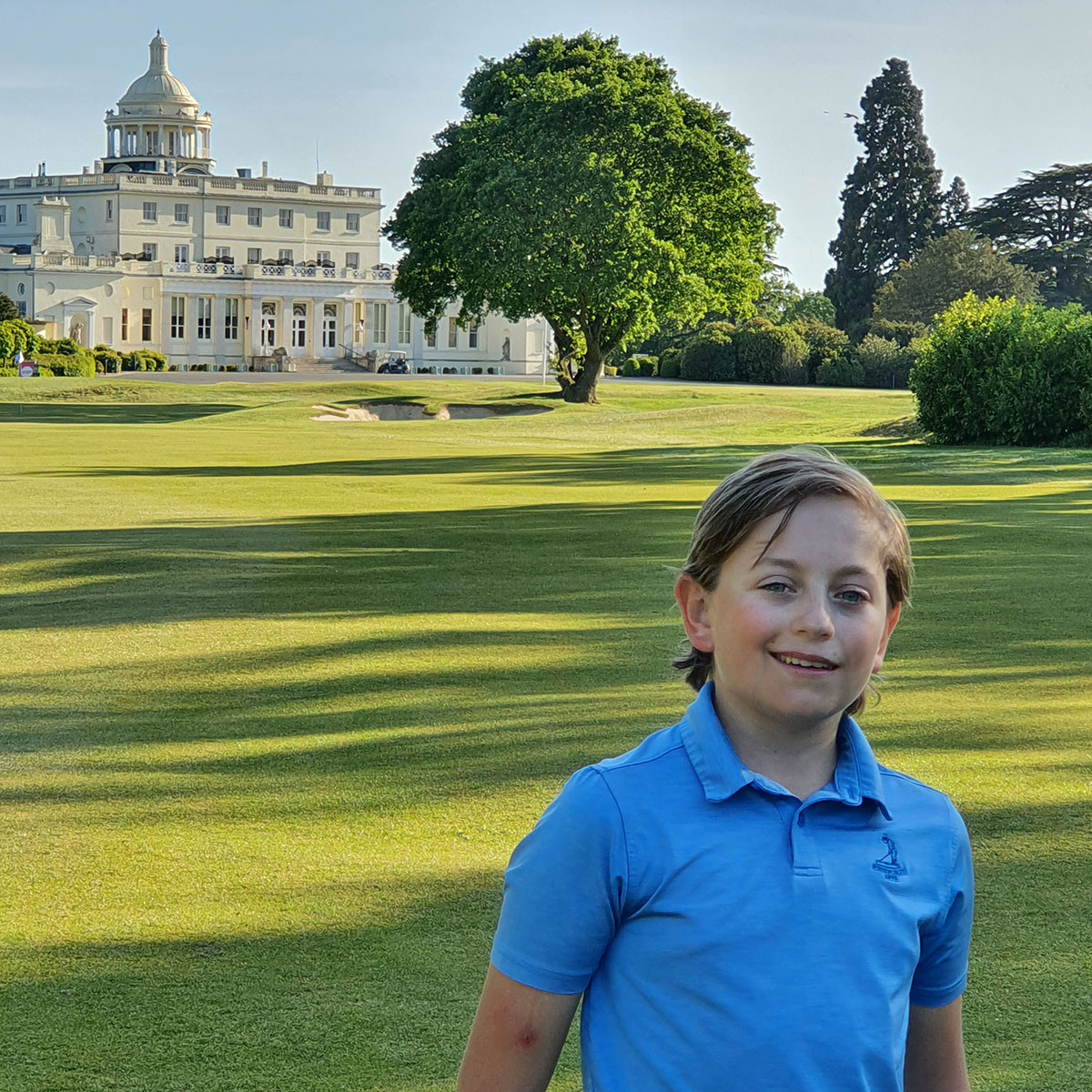 Buckinghamshire County’s promising twelve-year-old Jake Valentine is one of the many aspiring, junior golfers who Atalaya Golf & Country Club has sponsored over the years. Jake, who plays off of a nine handicap, holds the distinguished title of “Runner-Up” in his county’s 2019 Under 14 Championship.

Many remember the Stoke Park Junior Scholar when he trained at Atalaya in 2016. Back then Atalaya’s general manager Andrés Sánchez provided Jake with a sponsorship for a little more than a year. Jake was given the complimentary use of the club’s practice facilities and afternoon playing privileges on the New Course. The icing on the cake was golf lessons from Azahara Muñoz’s former coach Fernando Vega Cabeza and golf shirts and accessories showcasing the Atalaya logo.

After experiencing a three-month furlough from golf and adjusting to the new realities of life coping with the COVID-19 pandemic, Jake is now once again training and playing. According to his father Jeffrey Tober, London’s weather during the down time was spectacular. “In one way, it made the lockdown worse as the golf courses and tennis courts looked so inviting but were not accessible. Fortunately, both golf and tennis are now open (though with lots of new rules) and Jake is back playing,” Tober said.

As qualifying tournaments are prohibited right now, Jake has had no opportunity to lower his handicap. He is “…still playing off his nine handicap from last year,” Tober continued. Coached by England Boys coach Rob Watts, Tober predicts that if Jake “…continues to improve, he should have a good chance to be on one of the England teams.”

Regarding Jake’s future, his father comments: “We are actually thinking of leaving London and moving to the US for a while. It seems like an odd time to do that, but I hope that in the coming year or two things will be better. We are working on a move to the Jupiter, Florida area, so there should be lots of great golf nearby.”

Jake is already accumulating an impressive trophy case. At eight he won the prestigious US Kids Golf European Championship in the Eight and Under division. He has also taken the title in his age group at the Longniddry Golf Club, near Edinburgh, where out of a field of 54 other boys he carded a three-round, 27-hole total of 105, three-under par.

Jake’s father is very appreciative of all that Atalaya has done to help Jake. “As I think back on our time in Spain, you were one of primary reasons we had a great experience and we will never forget your kindness and support. Thank you again, and I do hope that our paths will cross again.”

We at Atalaya wish Jake the very best whatever his path. We look forward to following his progress as he hopefully secures a spot on one of England’s teams and launches his exciting new journey in the United States.