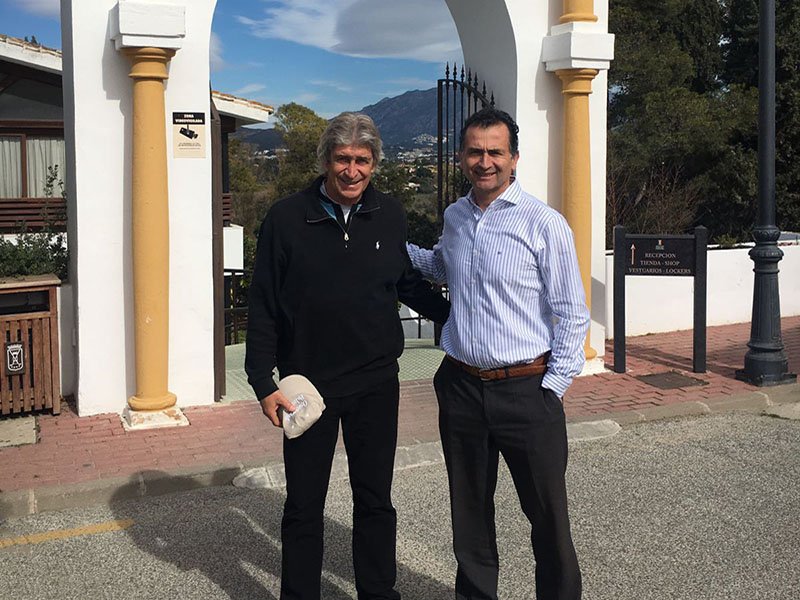 The famous Chilean football coach Manuel Pellegrini, who has managed teams in Spain, Argentina, Chile, Ecuador and England, recently stopped by Atalaya Golf & County Club for a round of golf.

When he travels to Malaga and its surrounding areas, Pellegrini always takes time for a round or two at Atalaya, which is his favourite golf club on the Costa del Sol.

In 2004, Pellegrini moved to Europe from his native Chile to become the head manager at the Villarreal club, near Valencia. After several successful years at Villarreal, Pellegrini became manager of Real Madrid in 2009 and, then, moved on to Malaga in 2010, where he stayed until 2013. When he left Malaga, Pellegrini took on the role of manager at Manchester City, coaching Manchester to win the Premier League and League Cup during his first season with the club. In 2016, Pellegrini left Manchester City to accept the position he now holds with Hebei China.

What a privilege it is for Atalaya to have Pellegrini play once again at our Club. We hope he has enjoyed a wonderful time at Atalaya!