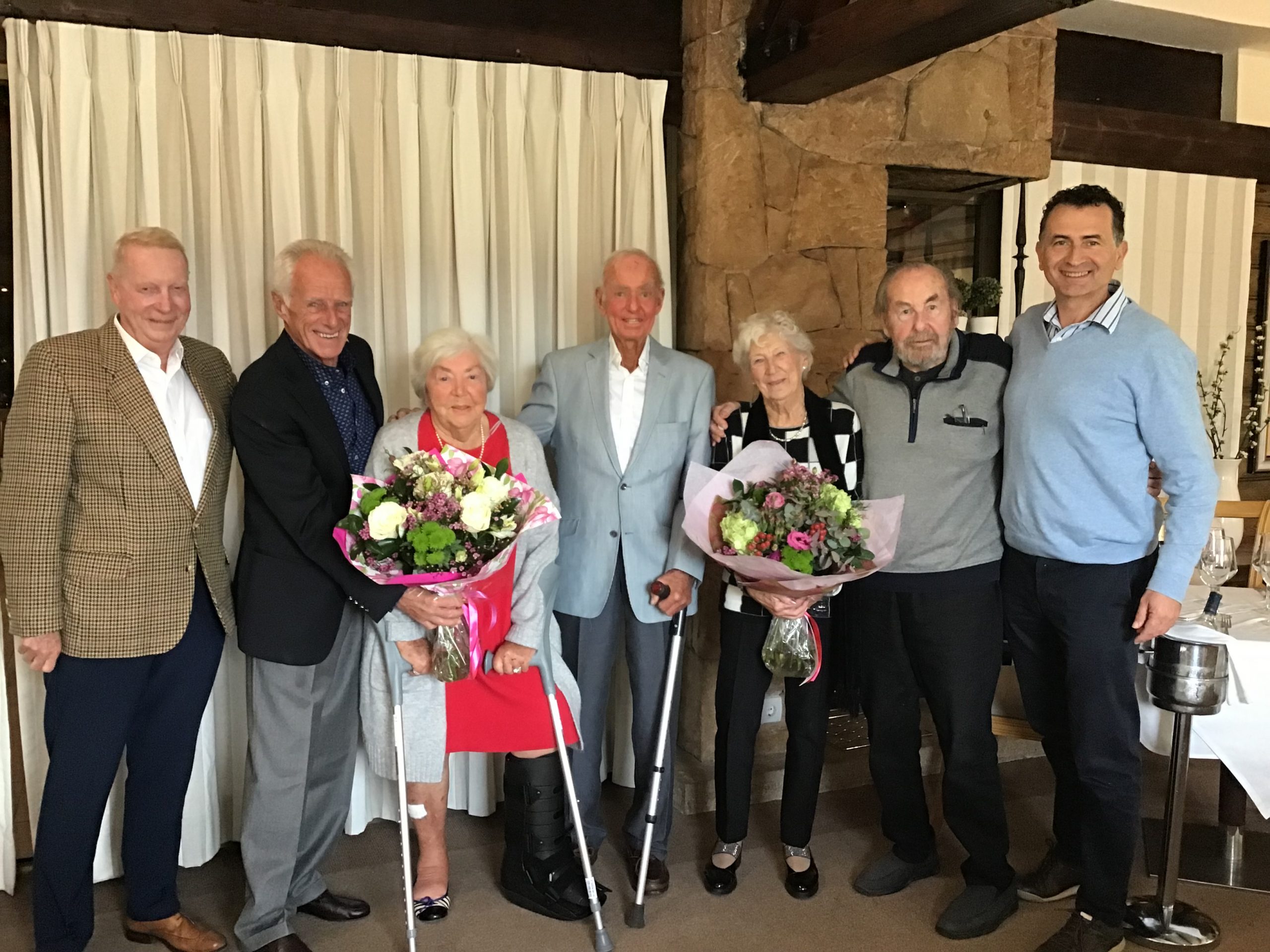 The management of Atalaya Golf & Country Club has elected into Honorary Member status four of the club’s “loyal and long-time [longtime] members”, as well as two individuals posthumously. The announcement was made by a Director of the Company Paul Wiget.

According to Wiget, the new Honorary Members are:

And posthumously, two individuals who dedicated much time and effort to shape the future of Atalaya were elected:

Wiget goes on to say that all of these people “have made significant contributions to the success of Atalaya for many years, starting as far back as 1975.” He notes that “the four honorary members have combined over 125 years affiliation with Atalaya and together they weigh in with 365 years total age.”

The celebratory luncheon was held at the Ventanas de Atalaya restaurant and hosted by Wiget together with Atalaya General Manager Andrés Sánchez Garcia and Atalaya President Richard Phillimore. “Many old ‘war stories’ were exchanged and some amusing and unique experiences of the past were shared,” states Wiget.

Thinking of 2022 Wiget remarked, “Claes-Goran, who is a regular user of our gym, announced his plan to return to playing his beloved golf game again in 2022, when he will turn 95. We all look forward to watch Claes-Goran again hitting his straight drives.”