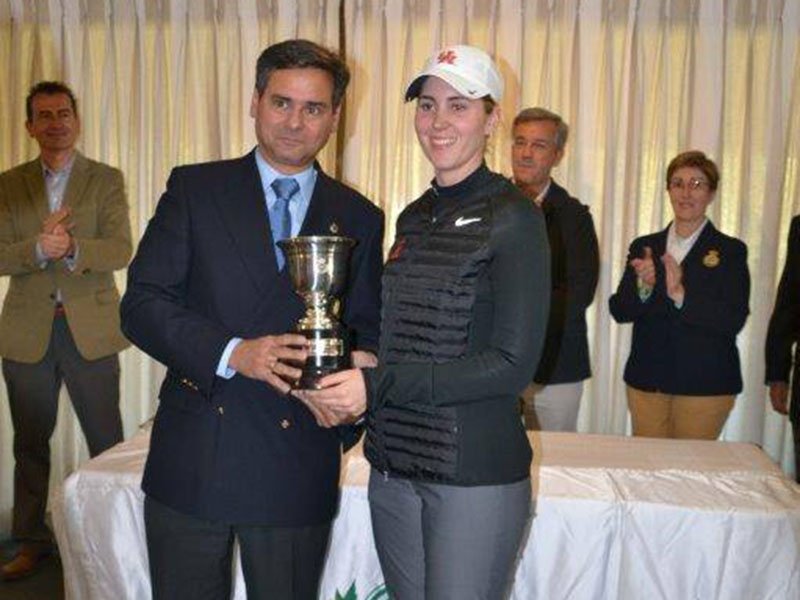 During this week, from 9 to 11 January 2017, Atalaya Golf & Country Club has hosted the “Copa Andalucia Femenina” in its facilities.

The exciting competition ended yesterday afternoon with the victory of Ivon Reijers, the Catalan golfer, resolving in her favour the playoff with Carmen Laguna, the Zaudin Golf golfer.

Both players arrived at the end of the third round with a total of 215 accumulated shots (+2), which forced to dispute a hole of playoff in which the Catalan golfer, with a nice bird, was made with the victory.

On the other hand, Carmen Laguna, with rounds of 74, 68 and 73 shots, showed her excellent level of play in her return to the competition in Spain, fighting for the victory until the end.

The third position was for Dana-Helga Puyol from Barcelona, Sandra Vazquez from Balearic Islands, and Paula Neira from Asturias, all with +4 in their locker.

Special mention for the Federated by the Golf Club Playa Serena, Marta Lopez, winner in cadet category and that during the second day, made a spectacular hole in one in the 16th hole.

This event has brought together the best golfers in the National and European amateur overview. In total, there were 90 players who participated in the competition, twenty of which have negative handicaps.

To see the classifications and for more information, visit the website of the Royal Andalusian Golf Federation.