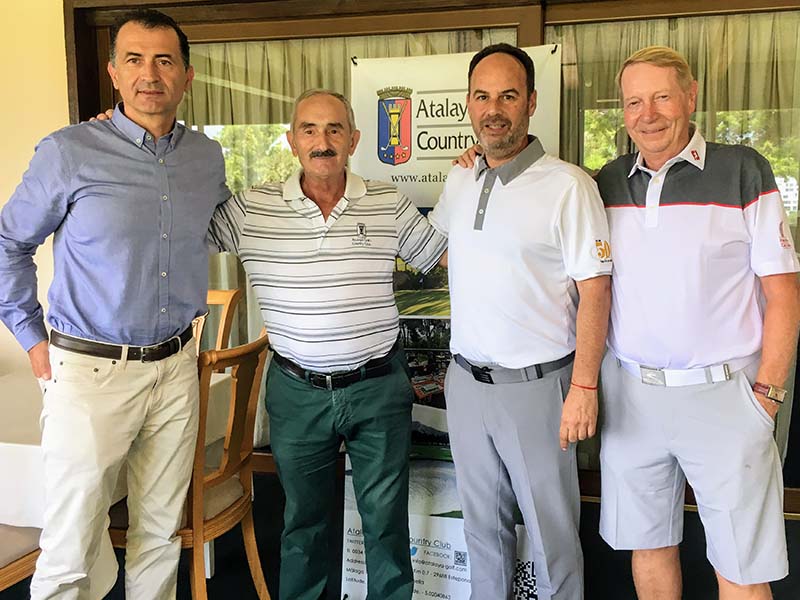 Atalaya Golf & Country Club has a long-standing reputation for encouraging growth in its employees. Day by day and year by year, the Club provides each staff member the tools necessary to grow, mature, and blossom into an exemplary member of the Atalaya family.

When it comes time for one of Atalaya’s staff to retire, the Club cannot help but to look back on the person’s Atalaya career and reflect on how he or she has progressed and assumed more responsibility through the years.

Francisco (Paco) Mena Luna’s journey as part of the Atalaya family has evolved in keeping with this formula over the last 34 years. Being one of Atalaya’s longest serving employees, Paco started his career in 1984 as a member of the maintenance team. He did everything imaginable that is associated with keeping the Club’s facilities neat and tidy.

However, it did not take long for management to see Paco’s potential and realise that there was more for him at Atalaya than maintenance, and he was appointed to the position of driving range ball collector.

At this time Atalaya’s driving range was adjacent to the Clubhouse, and no machine existed to help Paco gather the range balls. He did it all by hand. Finding this “hands on” method quite laborious, Paco resourcefully developed the technique of flipping the range balls in to a bucket using a wedge as he walked back and forth and up and down over the range.

After working as ball collector, Paco was promoted to serving as a member of the greenskeeping team. As time passed and knowing there was even more for Paco at Atalaya, management promoted him to the position of Starter, where he served for 12 years until his retirement on July 31st of this year. “This is where we all got to know him,” said Atalaya’s Director General Andrés Sanchez.

Being a near scratch golfer with a handicap of six, Paco very soon became well liked as a Starter by both members and guests. For years he has been Atalaya’s standard bearer on Tee One, never hesitating to offer a comment, whether encouraging or a little less supportive, depending on the skill level of the player’s tee shot.

For Paco retirement means that he now has time to work on his game, improve, and actually play. He even anticipates participating in Atalaya’s tournaments. “He lives in San Pedro and speaks good English, so you will see him several times playing our members’ tournaments,” said Sanchez.

On Saturday, August 11th after the Golfriends’s sponsored Monthly Medal competition, Atalaya’s members honoured Paco with a “goodbye” moment. As a token of appreciation to Paco for his many years of service to the Club, Atalaya’s members presented him with a gift certificate from Golfriend’s in the amount of €400. Upon handing the gift certificate to Paco, Atalaya’s Men’s Captain Richard Phillimore commented: “We wish you a wonderful retirement. Stay healthy. You are a wonderful man.”