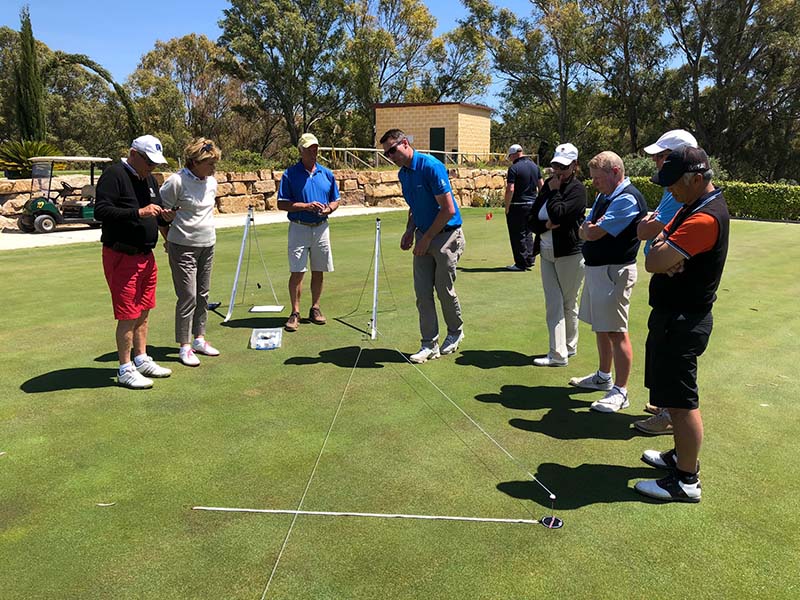 This April, eight Atalaya members joined a special “members only” Dave Pelz Scoring School held at Atalaya´s Golf Academy. The school ran over three intensive eight hour days during which students received individual tuition on all aspects of the short game. Two of the Pelz European golf professionals coached participants through 40 metre pitch shots, greenside chipping, bunker play, putting and green reading. Extensive use was made of video analysis and using laser technology, each player´s putting set up was measured as well as advice given on the ideal length of the putter shaft, tailored to each student.

After the course each player received detailed notes on their individual faults, with specific recommendations for improving their short game through tried and tested practice techniques.

Dave Pelz is the world´s premier short game guru and coaches a number of major championship winners, including, Phil Mickelson, Adam Scott, Colin Montgomerie and this year´s winner of the Masters, Patrick Reed.

The Pelz organisation was so impressed with the facilities at Atalaya´s Academy that a further school has been scheduled there on 1 / 3 June, open to all local golfers. See here for further details.