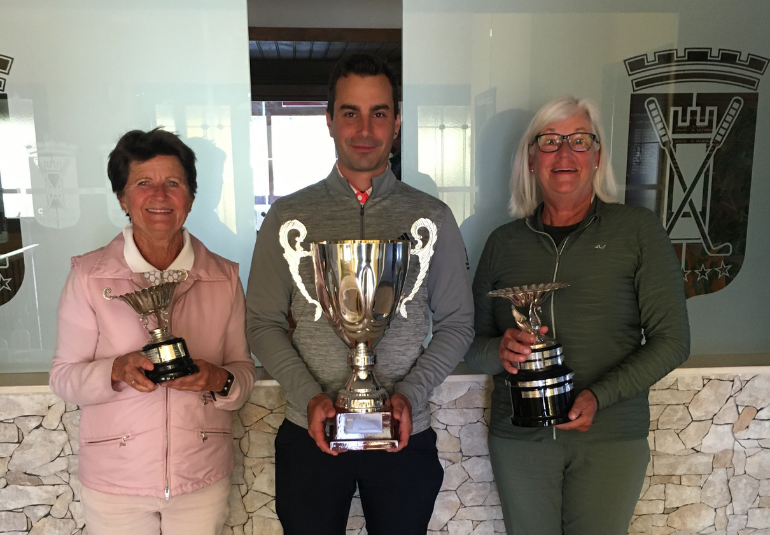 On the 1st and 2nd of April the postponed Atalaya Club Championship was contested over two days, both rounds being played on the old course this year The weather was quite variable with strong winds at times and some of the greens were extremely fast to test the field of 68 competitors. Scores generally were not as low as they have been in some years.

The gentlemen’s scratch prize, and hence club champion was won by Gonzalo Garcia del Campo with a creditable 152strokes over the two rounds – beating his nearest rival Javier Pintos by a full six shots.

The Ladies’ scratch competition was a MUCH closer contest with Camilla Frykman and Doris Muller needing to go to two extra sudden death holes before Camilla triumphed with a 5 on the 9th. Both ladies negotiated the 36 holes in 180 strokes before the play-off.

Speaking to Camila after her hard-won victory – her third in a row – she spoke of a round where both players found the conditions tough and which included a four putt. She was very grateful to the support she received from her playing partners and Doris’s caddy Nick Fulford and she also enjoyed the presence of the crowd around the 9th green – the final hole as the second day teed off from the 10th.

The men’s Senior Champion was awarded to Hans_ Joachim Boess who took 175 shots beating Richard Phillimore by 5. The ladies’ Senior Champion is Brith Johansson whose 187 shots was good enough to beat her closest challenger, Jeanette Baldemark by 12.

Best net scores for the ladies was 152 shots by Camilla Frykman, 4 shots better than Louise Spruce and Sue Gardiner. The men’s best net was posted by Gonzalo Garcia del Campo: his 144 was enough to beat Mirko by one shot and Ian Gault in third place by 4.

The main prizes were provided by our very good “amigos” at Golfriends – and especial thanks to Gunilla Parmlid who put together the very attractive winning hampers in reusable cold bags. Inspired thinking!
A special mention too to John and Pam Butler for providing a cash prize for the player who improved most on the second day, won this year by Mirko Bogdanov with a net 70.

Club Captain Franz Arnold announced and presented the prizes. As well as the champions mentioned above, there were others for best net scores on each day. Longest drives and for nearest the pin on par threes on both days – although on the first day there was no prize for the ladies as no one managed to keep their tee shot on the 16th green.

Sincere thanks to everyone involved in making the weekend such a success including the catering team. 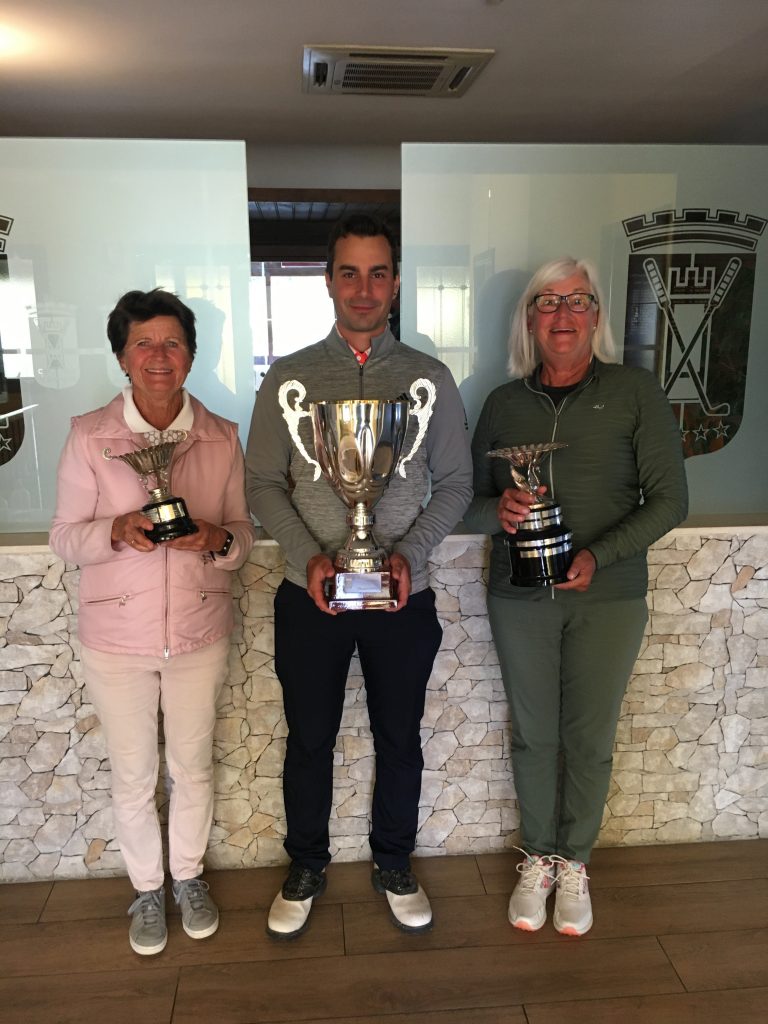 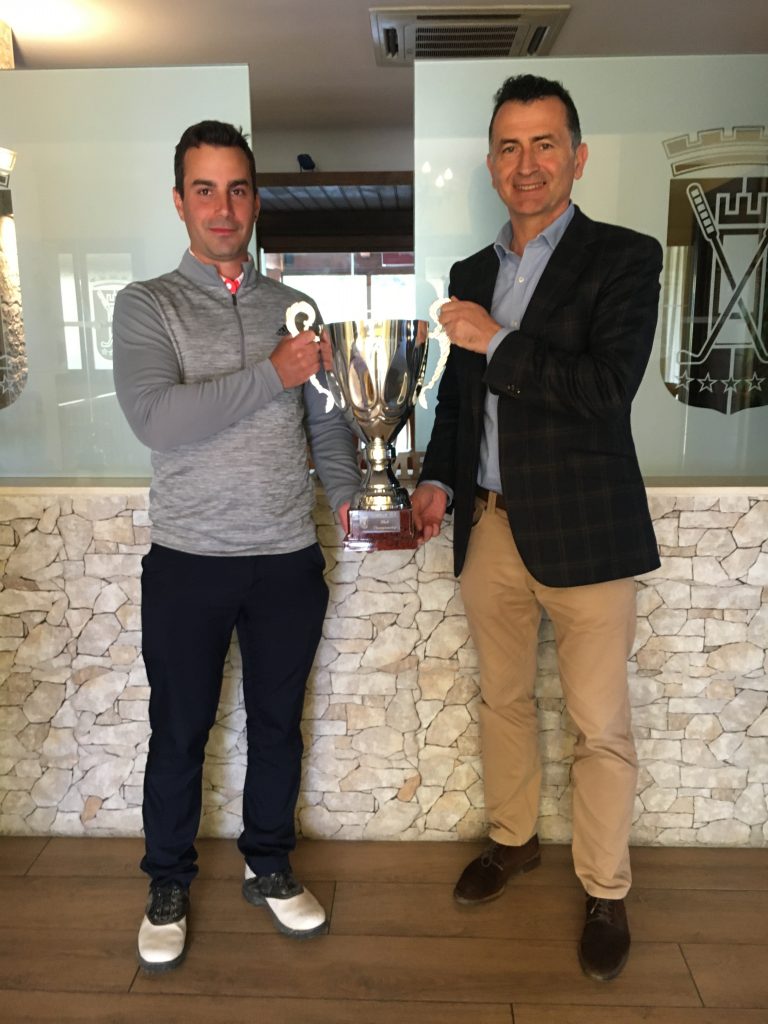 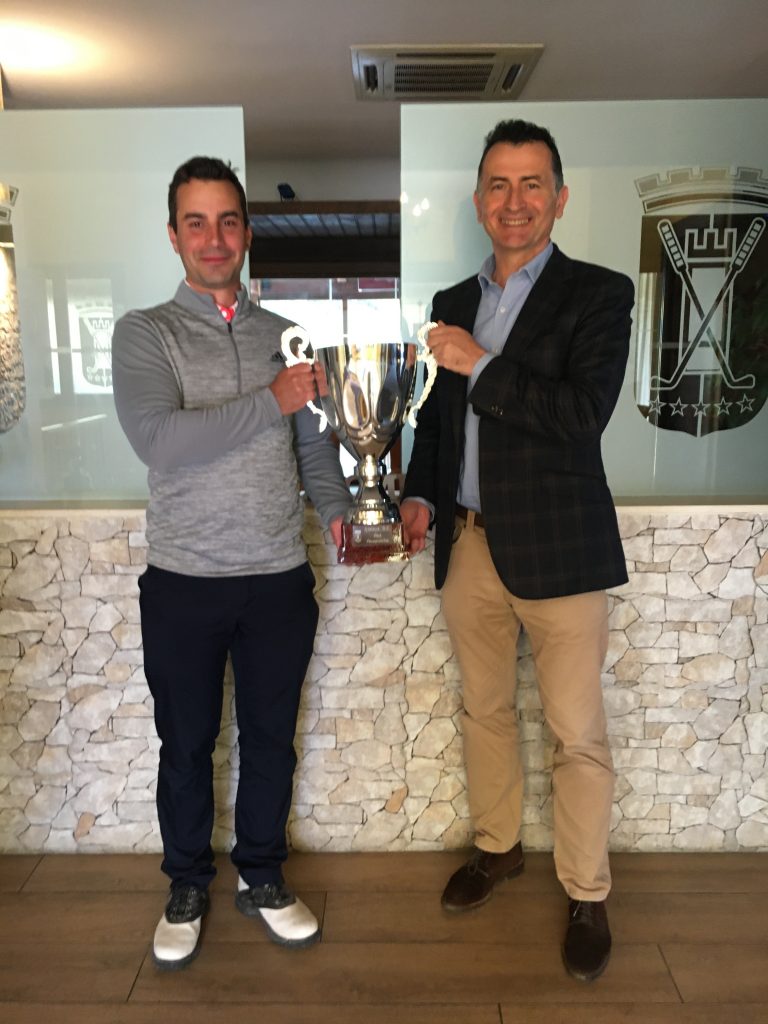 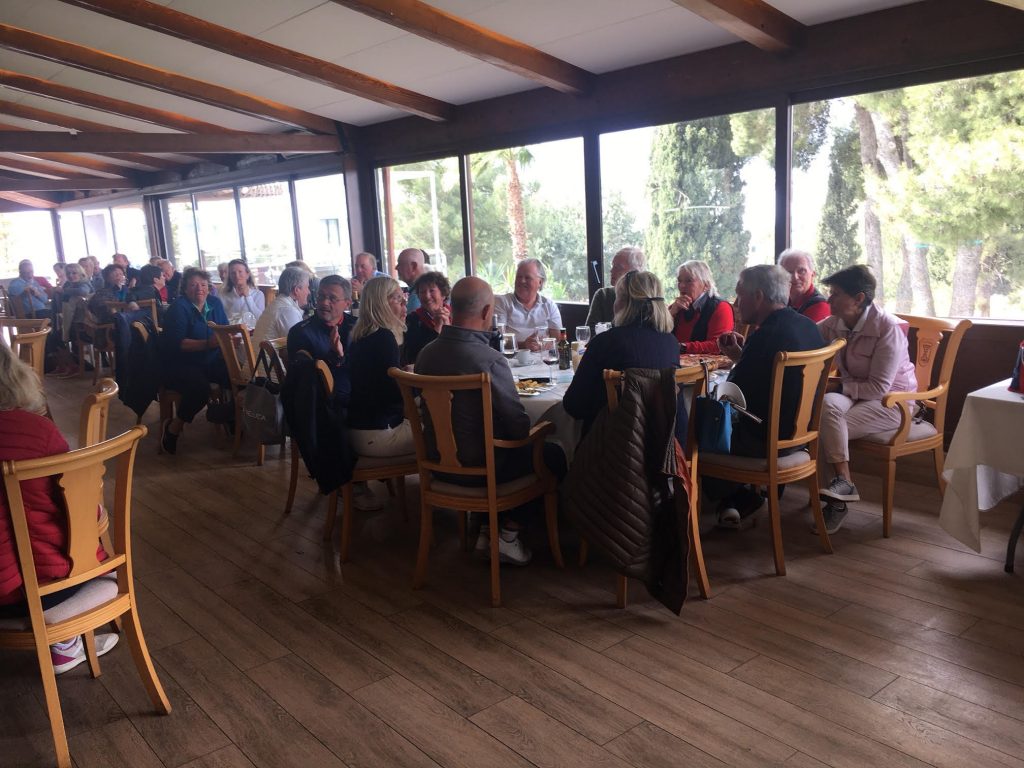 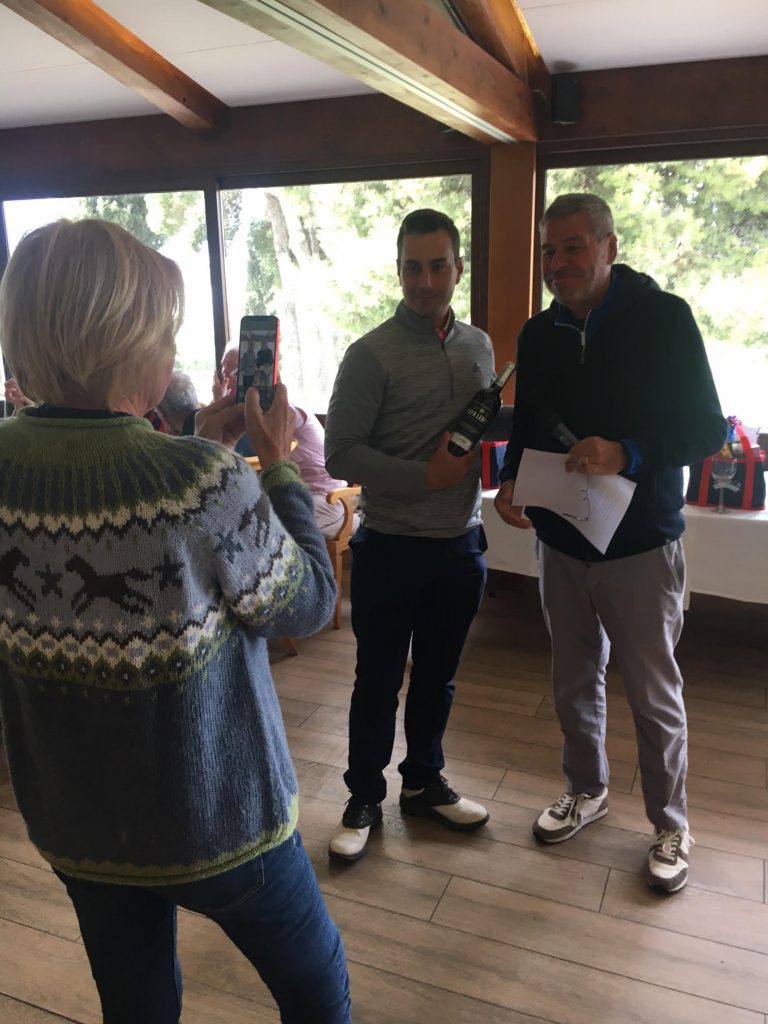 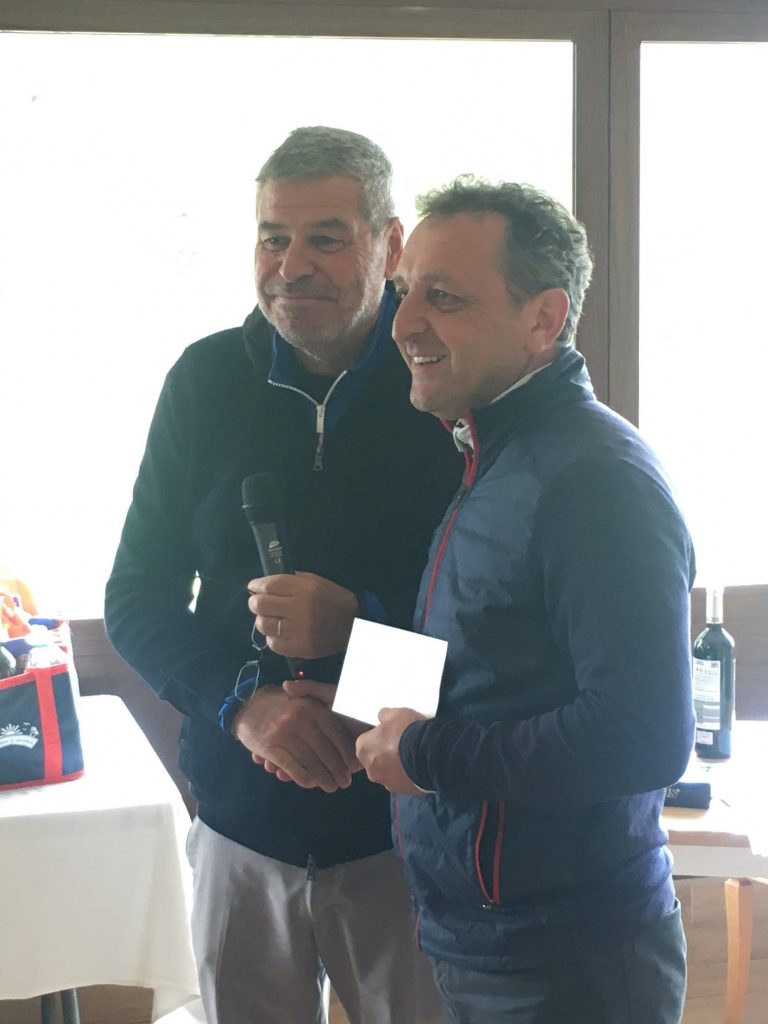 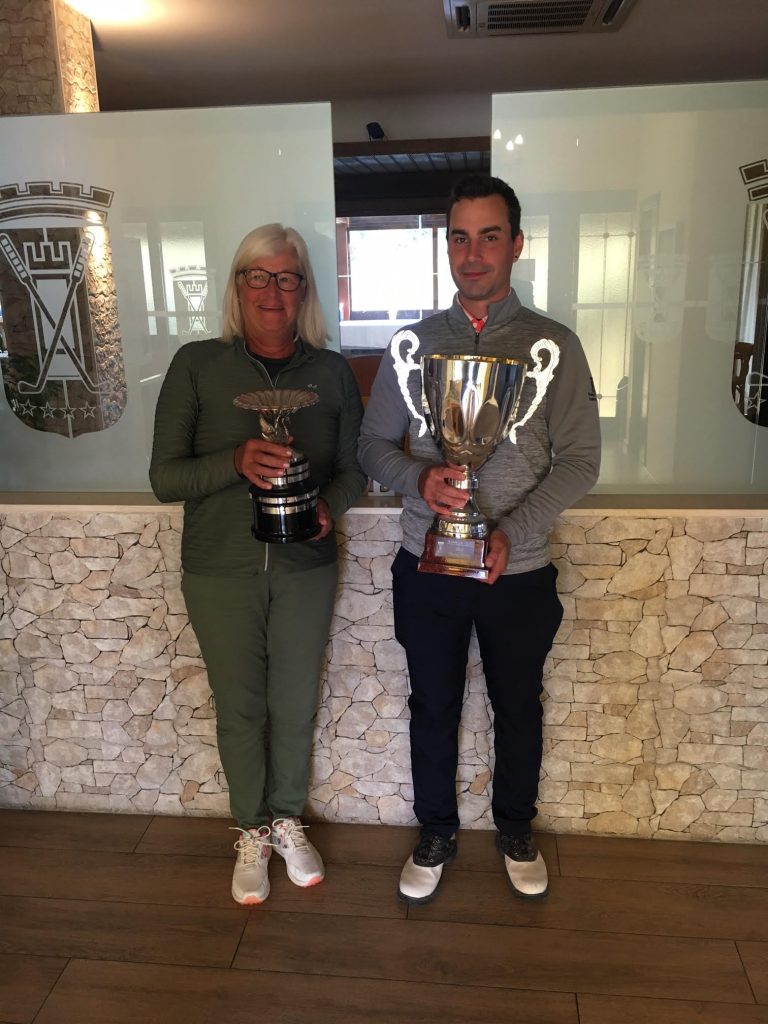 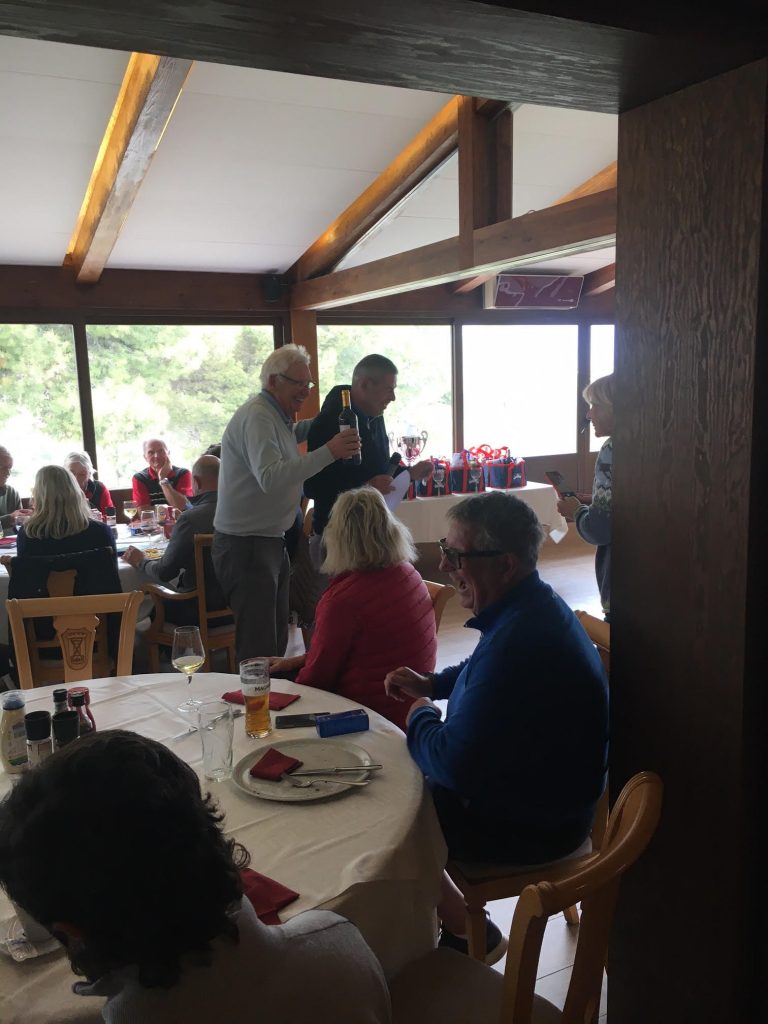