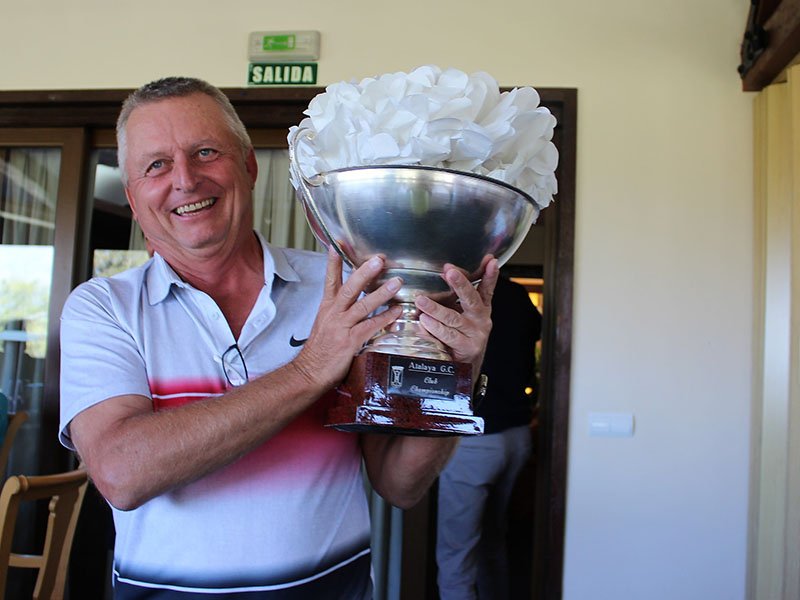 Over the weekend of 1 & 2 April Atalaya Golf & Country Club held its annual club championships consisting of two rounds of medal play on the Old Course. The championship was sponsored by Tourbillon Ltd. a leading private banking and wealth management firm based in Gibraltar.

Men´s Champion, Michael Pollak carded back to back 81s to post a winning score of 162, Ruben Lopez shots ahead of 165 in second place. Ladies Champion, Doris Muller posted a total of 173 a comfortable eight shots of second place player, Nina Phillimore.

In addition to the major places, prizes were awarded for men and ladies best net scores and nearest the pin on two of Atalaya´s par three holes.

After play, all the participants toasted the winners over tapas and drinks in Atalaya´s restaurant.