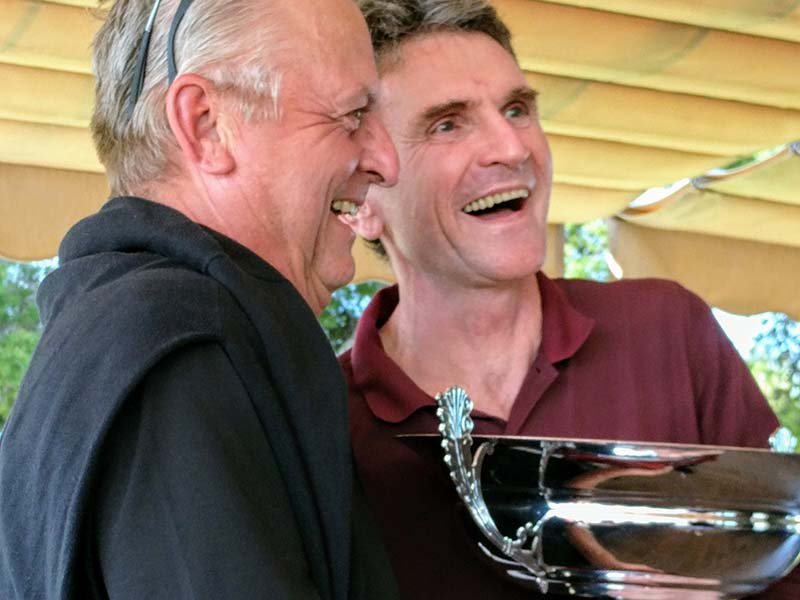 A new tournament has been added to Atalaya Golf and Country Club’s active competition schedule. This new tournament, The Champion of Champions Trophy, was held for the first time ever on the Old Course, on Saturday, May 6th.

This event will be held each year at the end of the Fall – Spring tournament season and will be open to only those members who have been winners of one of the season’s qualifying competitions.

The 2016-17 Champion of Champions Trophy winner is Vladimir Krcmar. Atalaya’s new president Michael Pollak awarded the handsome silver cup that will serve as the tournament’s symbol to Krcmar after play on Saturday.

Pollak, also, honoured outgoing president Ludwig Koller. On behalf of the membership, Pollak presented a shiny, new, power trolley to Koller. In his remarks Pollak thanked Koller for his dedicated support of and service to the Club during the past three years.