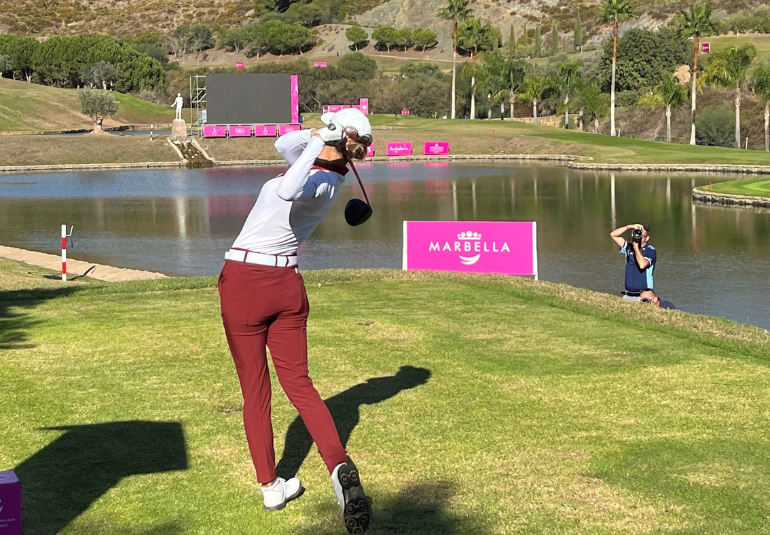 The Swedish player triumphed in the final tournament of the Ladies European Tour after edging out Morgane Metraux from Switzerland in a playoff, while the sensation of the week, amateur Cayetana Fernández, finished in a magnificent fifth place.

Much was said in the run -up to the event about the Swedish duel between Linn Grant and Maja Stark for the Race to Costa del Sol title, but it was another Nordic player, Caroline Hedwall, who captured the spotlight with victory after defeating Morgane Metraux in a playoff after both ended tied on 274 shots (-18).

Before that finish, Linn Grant completed a great year with a final round of 66 (-8) for a total of 275 (-17) to win the Race to Costa del Sol title and forced her compatriot and the Swiss, playing in the last group to make an additional birdie over the final few holes. Both succeeded, and found themselves in a heart stopping playoff that needed four holes to find the winner.

This victory marks the seventh triumph in the record of the 33 years old player from the Swedish town of Täby, and her first win since 2018.

“It just feels awesome, it feels like forever that I have waited for that win. I wasn’t sure that I still had it in me. It’s so nice to get it together and get this win”, said the four-time Solheim Cup player.

The top Spanish player of the tournament was the amateur Cayetana Fernández, the true sensation of the week for her golf of the highest level during the four days, each one of them different, as “The first two days I played very solid and the other two I had to grit my teeth, but, in summary, they were four hard fought rounds, my performance exceeded my expectations and I am very happy with the final result”, she summed up exultantly.