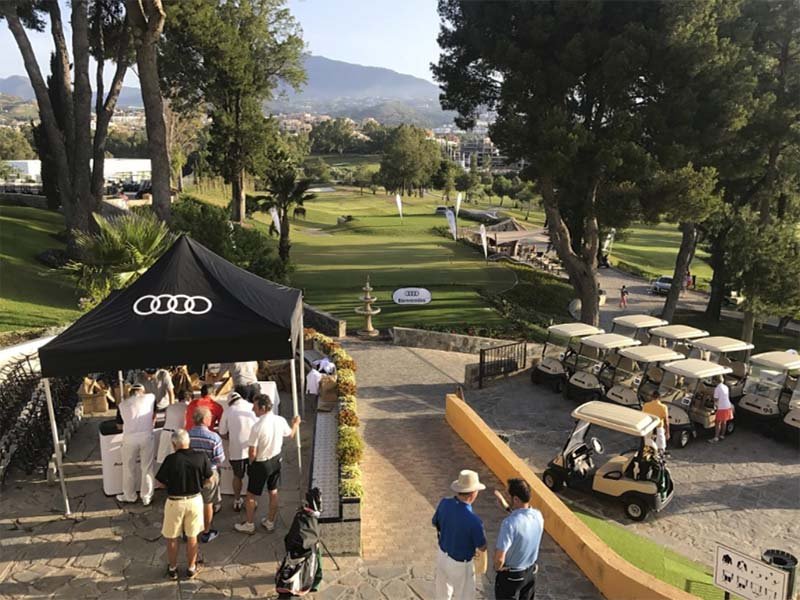 Two of this year’s Audi Quattro Cup series Greensome tournaments were held in Spain on Saturday, May 27th, one at Atalaya Golf & Country Club (Malaga) and the other at Club de Campo del Mediterráneo (Castellon).

Established in 1991, the Audi Quattro Cup series celebrated its Silver Anniversary in 2016 and annually hosts 800 tournaments in 51 countries. The series is the largest amateur golf tournament in the world and attracts the best amateur golf pairings wherever it is played.

Atalaya Golf & Country Club was the fourth and final stop of the Audi Quattro Cup 2017 series on Andalusian soil. Played on Atalaya’s classic Old Course, the excellent condition of the course allowed the tournament’s nearly 100 participants to candidly measure their game in comparison to the other courses where the series is played.

The outright winners at Atalaya were Andoni Basterrechea Palacios and Karl Heinz Eischnee. The pair took First Place in both the Scratch and Handicap divisions, with a score of 34 Gross points and 44 Net points, respectively. ‘We are very happy. We have achieved the chance to go to a new course and represent our club in the final. The key has been to enjoy every moment and simply devote ourselves to having fun’, they commented at the end of the round.

As a result of Basterrechea and Eischnee ‘s First Place sweep, the tournament’s Handicap division trophies were assigned to Second Place winners Juan Sánchez Rivas and Francisco Beltrán Calderón, who, also, achieved a Net score of 44 points through their good performance and participation in the Audi Movistar+ Tour tournament courtesy of Olagolf.

The stylishness award, courtesy of the Italian golf sportswear firm BERIGNANO and given to the best coordinated pair of players, was won by Tia and Joseph Duerrmeyer.

Simultaneously with the tournament at Atalaya, fifty-one pairs came together to compete in another leg of the 2017 Audi Quattro Cup series at Club de Campo del Mediterráneo in Borriol, the home course of 2017 Masters Champion Sergio Garcia. The tournament was played under sunny skies marked by high temperatures and a lack of wind.

Sandra Martín Haro and Inmaculada García Tauste, with a card of 33 Gross points, took First Place in the Scratch division. Both players were delighted and excited about their win after 15 days of serious preparation for the tournament. ‘It has been a round without many ups and downs, where our consistency has been rewarded, despite bogeys on 14 and 15’, said the winners who will represent their club in the National Finals of the circuit.

In the Handicap category, the winning pair was composed of a father and son team, Vicente Nomdedeu Lluesma and David Nomdedeu Maches, who achieved a Net result of 40 points through their participation in the Audi Movistar+ Tour tournament.