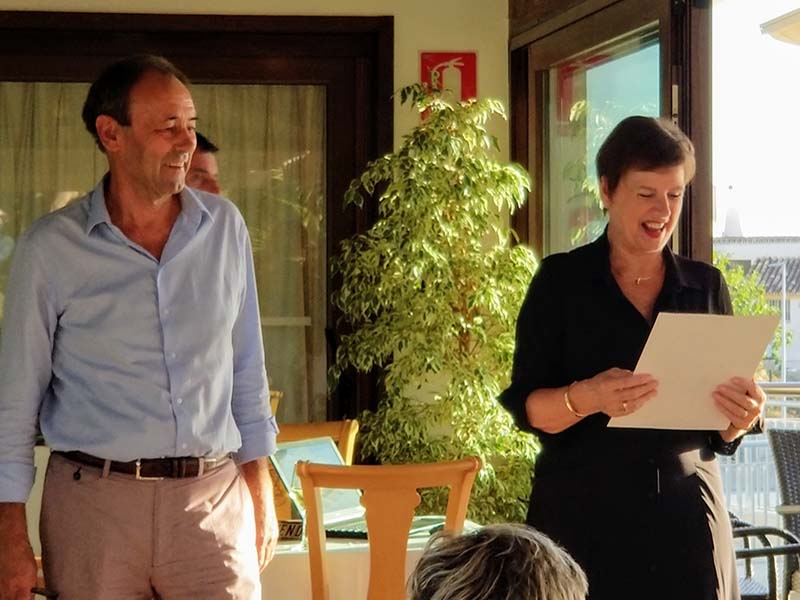 Earlier this month on the 3rd of October, Bridgeclub Biznaga celebrated the launch of its eleventh year with a special tournament followed by a tapas buffet. Biznaga meets at Atalaya every Thursday afternoon at four o’clock for a challenging duplicate game. After each session players gather for pizza and tapas and good conversation. According the the club’s director Phia van Lohuizen, “Friendship and Warmth are the only trump cards at Bridgeclub Biznaga.” Although seating is always limited, registration for each session is open until 20h00 on Tuesday evenings. For more information and to contact Phia go to www.bridgewebs.com/biznagabridgeclub.

Every Tuesday, also, at four o’clock the Benahavis Bridge-Club meets at Atalaya. Benahavis is an international club with members from all over the world. According to the club’s directors Evelyn Fernando and Eric Bottalla, conversations in Dutch, English, French, German and Spanish are regularly heard. The club welcomes players of all levels, except absolute beginners. The club also meets on some Sundays, and each month’s agenda is posted on the club’s website (www.bridgewebs.com/benahavis) under the heading “Sunday Schedule”. The fee for non-members on Tuesday is 6€, and on Sundays both members and non-members pay 7€.

Monday bridge at Atalaya is a long time tradition, and it is the day each week that Atalaya members and their guests come together for a spirited game. Atalaya’s Diamonds Bridge Club will next year be celebrating its 13th Anniversary, and during these years the club’s founders Regina and Frank Beckmann have very capably remained at its helm. Recently, the club has added an “Atalaya Members Only” game on one Friday afternoon of each month. The Friday members competition is proving to be very successful and is attracting some of Atalaya’s own who do not participate in the regular, weekly Monday tournament.