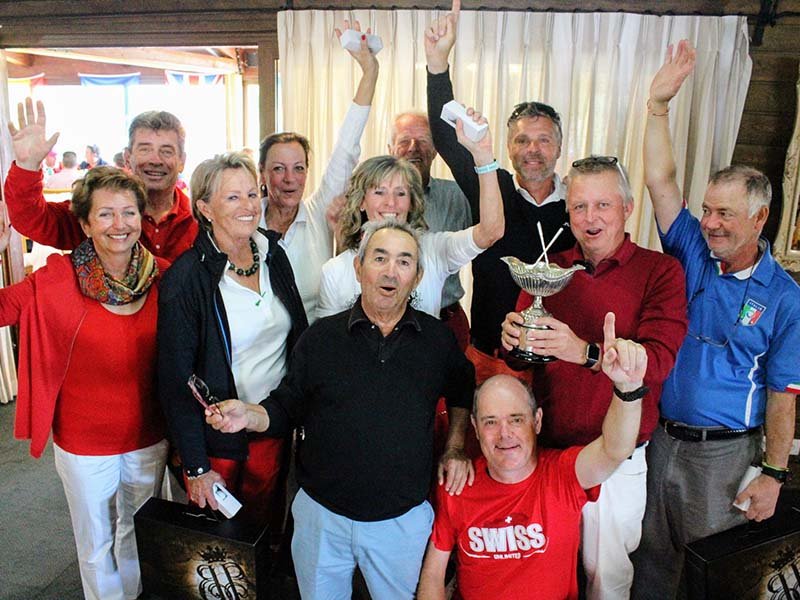 For the second time during the 2016-17 competition season, rain caused problems for Atalaya’s annual International Tournament.

The two-day event, originally scheduled for last October, was unfortunately cancelled because of rain and, then, rescheduled for last Saturday and Sunday, March 4th and 5th. However, when the skies opened on Saturday morning, a quick decision was made to restructure this year’s tournament into a one-day Four Ball Better Ball Stableford competition.

Eight teams competed in the members only event. The Alpine team, with players from Austria, Italy and Switzerland, took first place honours and are the proud recipients of the Pat and Jack Odell Trophy. Second place went to Spain, and Third Place was captured by the United Nations team, created for individuals who make up smaller nationality groups at Atalaya, such as the USA, Russia, Canada, Belgium, Slovenia, and the like.

The other countries that participated in the event were: Finland; Germany; Sweden; Norway; and the United Kingdom.