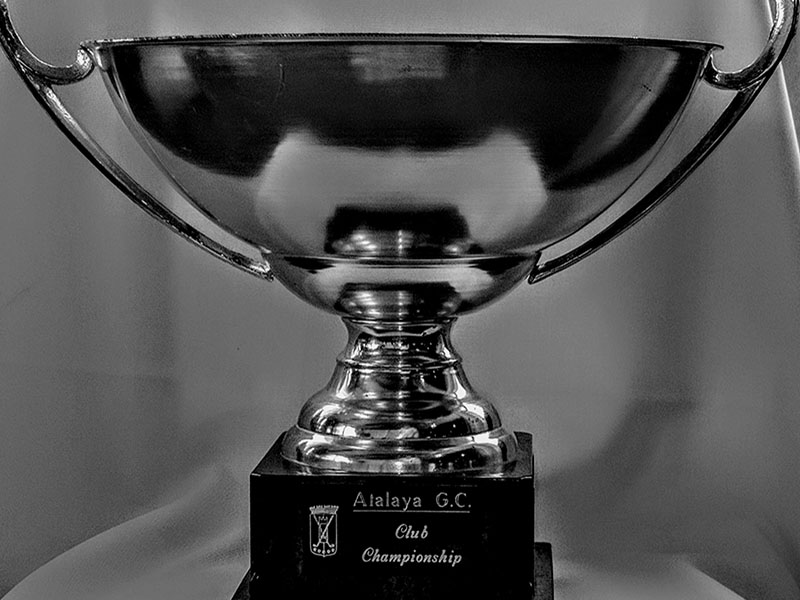 Offering a true test to the skills of tournament competitors, Atalaya’s 2019 Club Championship was played on both of the club’s two pristine courses on Saturday and Sunday, the 6th and 7th of April.

This added dimension of fine tuning each player’s game to the diversified challenges offered by each of Atalaya’s two championship courses did not slow Atalaya’s finest down for a second. More than 50 competitors entered the two-day event.

This year’s cool weather with rain and wind on Saturday and blustery wind on Sunday created an even more demanding venue for the field of competitors.

Both Atalaya’s reigning Men’s Club Champion Philip Fisher and Men’s Senior Club Champion Fred Levy rose to the trial with great aplomb. The two retained their championship titles for the second year in a row.

Fisher ended the 36-hole tournament with a gross score of 150 shots, nine shots ahead of this year’s Men’s Runner-up Karl Elschner.

In the Senior Men’s Division, Champion Levy carded a two-day gross score of 172, and Runner-up Richard Phillimore was 10 shots behind with 182 shots.

All of this talk about the men in no way casts a shadow on the expert play demonstrated by Atalaya’s ladies. Brith Johansson was crowned Ladies’ Club Champion with an impressive 36-hole gross score of 179 shots. Close on her heels was Louise Spruce with 180 strokes.

Eileen Audas walked away with the Senior Ladies’ Championship with a gross score of 192, and Gunilla Parmlid was Runner-up with a score of 193.