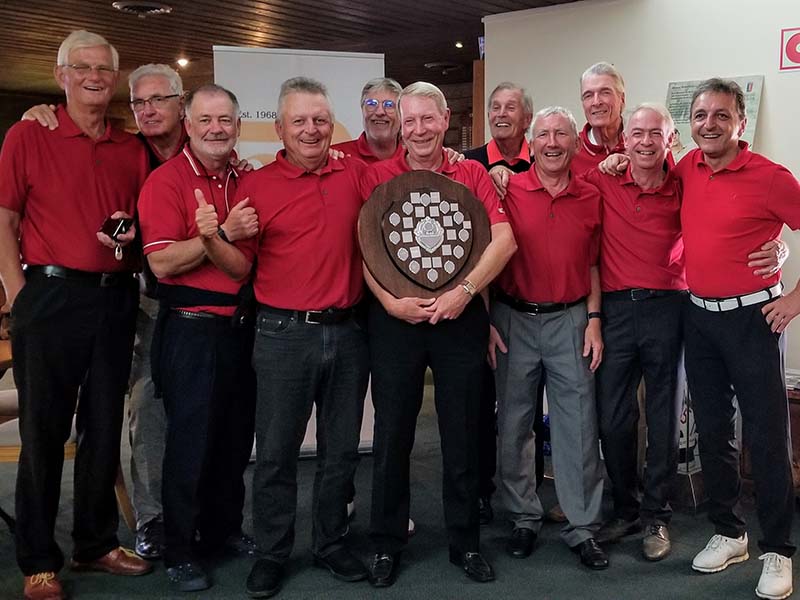 Atalaya members regularly have the opportunity to compete in Interclub match play tournaments against members from other area golf clubs. These competitions are available to Atalaya’s men in two categories: the Interclub group that is open to lower handicappers and the long-standing Bandidos team that is set aside for Atalaya’s men with 18 and higher handicaps. Atalaya’s ladies have three Interclub groups from which to choose: the Ladies Scratch Liga, for the Club’s lowest handicappers, the Western Liga, for lower and middle range handicappers, and the Ladies Friendly group, which is open to all of Atalaya’s lady golfers.

Most recently, the men’s Interclub group finished the 2018 competition season with two wins and a draw.

On Friday, the 16th of November, Atalaya’s men played well enough to come from behind and half this year’s two-match Interclub competition against El Paraíso Golf Club. El Paraíso had the edge after the tournament’s first leg which was played at El Paraíso on Thursday, the 8th of November. However, Atalaya’s men pulled out all the stops when playing at home and reversed the tide. Atalaya brought home enough points to half the two-match competition!

When there is a tie, the reigning team has the honour of keeping the trophy for the forthcoming year. So, Atalaya retains the trophy for at least another year and, hopefully, more.