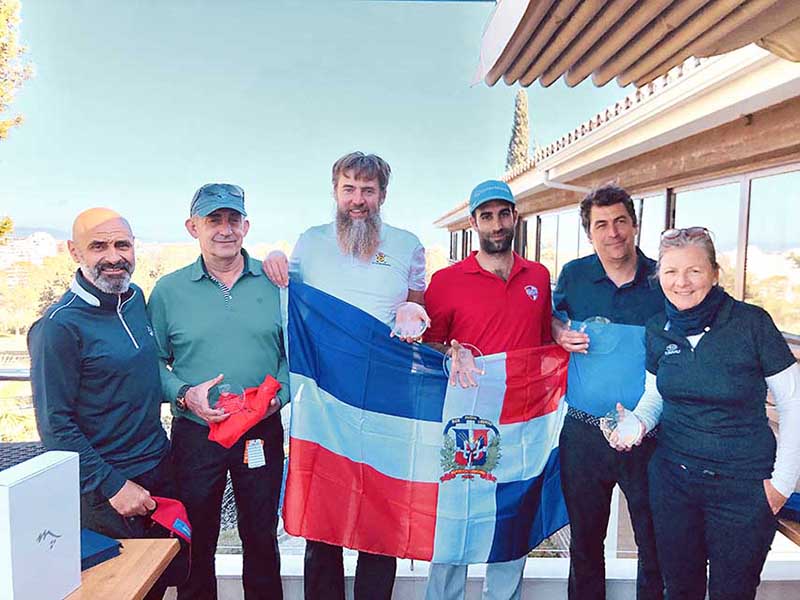 One hundred and eight golfers competed in the first leg of the 2020 Andalucía Golf Challenge Circuit at Atalaya Golf & Country Club on Sunday, the 9th of February. The 18-hole challenge was held on the club’s championship Old Course.

Both men and women golfers from numerous Costa del Sol golf clubs, as well as a few from other areas, gathered at Atalaya to compete in one of two handicap categories or in the scratch division.

Celebrating its 10th anniversary year, this most successful amateur circuit is sponsored by Andalucía Golf/España Golf magazine. The 2020 challenge is composed of 18 legs, six more than last year, plus a grand final This year’s grand final will be played in late August at Finca Cortesín located in Casares.

The circuit is this year also celebrating the expansion of its geographical area. Stops will be made at some of the best courses in Cádiz, Madrid, Segovia and Sevilla provinces, as well as in the Costa del Sol.

According to Andalućia Golf magazine’s editor Antonio Sánchez Marcos, the tournament, “…is, unquestionably, one of the premier amateur circuits in Spain, thanks to both the courses where it is held and the magnificent final prize.”

That final prize is all-inclusive, seven day trips to the Dominican Republic in October for the competition’s top five scorers – the two overall winners from each handicap division and the scratch champion. The five lucky competitors will enjoy a five star holiday and play the finest golf courses while in the Dominican Republic.

At Atalaya, 18 club members competed in the tournament. Unfortunately, none placed at the top of the leaderboard. Several, however, were winners of generous tombola prizes, including golf balls, golf bags, hats and the like. Tombola prizes as well as the golf attire and accessories given to first leg winners were donated by the fashion golf shop Fairway + Blue located in Puerto Banus.

The majority of the field at the Atalaya was composed of federated players from area golf clubs . In the higher handicap category Pablo Ortega Briesemeister of the Royal Andalusian Golf Federation placed First. Ismael Ortega Calvente of La Cañada was Second, and Antonio Muñoz Lanzas of Golf Estebbuna placed Third.

In addition to his win in the lower handicap category Juan da Carretero Castillo also captured First Place in the Scratch Division. Guadalmina’s Mario Garcia Garoz was Second, and Juan C. MacIntosh Cutillas walked away with his second Third Place win of the day.

Congratulations to all winners!