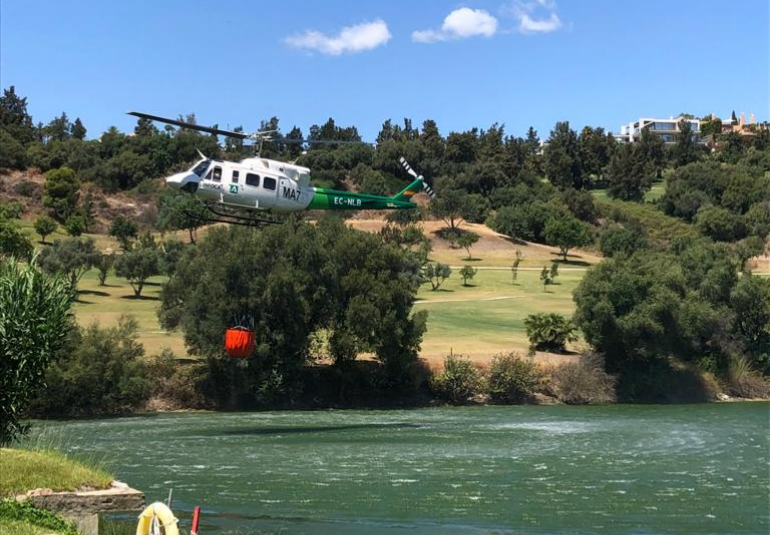 Local news outlets reported that on Monday, July 26th, around 18.30h, a wildfire broke out in Marbella, between Guadalmina Alta and Benahavís. The blaze was north of the “A-7 tunnel as it passes through San Pedro de Alcántara.” This area just happens to be very close to Atalaya Golf & Country Club.

Special concern mounted for the numerous homes and, of course, their inhabitants, that were threatened, and the emergency services control centre was notified. Fortunately, no injuries were reported, according to local news sources.

Atalaya Golf collaborates with area fire-fighting teams to provide water from our lakes to fight fires like the one on Monday. The other golf courses in the area do the same thing.

Video and photos were taken during the recent fire. They illustrate how water is removed from Atalaya’s lakes by the helicopters and tankers.

Donating water to extinguish these wildfires is an important contribution that Atalaya and the other golf courses in the area make every year to help fight these very serious fires. Atalaya and nearby courses, additionally, help to wipe out these fires by serving as massive green barriers that help prevent their spread. Golf courses provide fire break lines both in inhabited areas and in forest-to-forest terrains. Working in tandem with all fire-fighting resources is just one of many examples of Atalaya Golf’s continued commitment to helping our community, our neighbours and the environment. 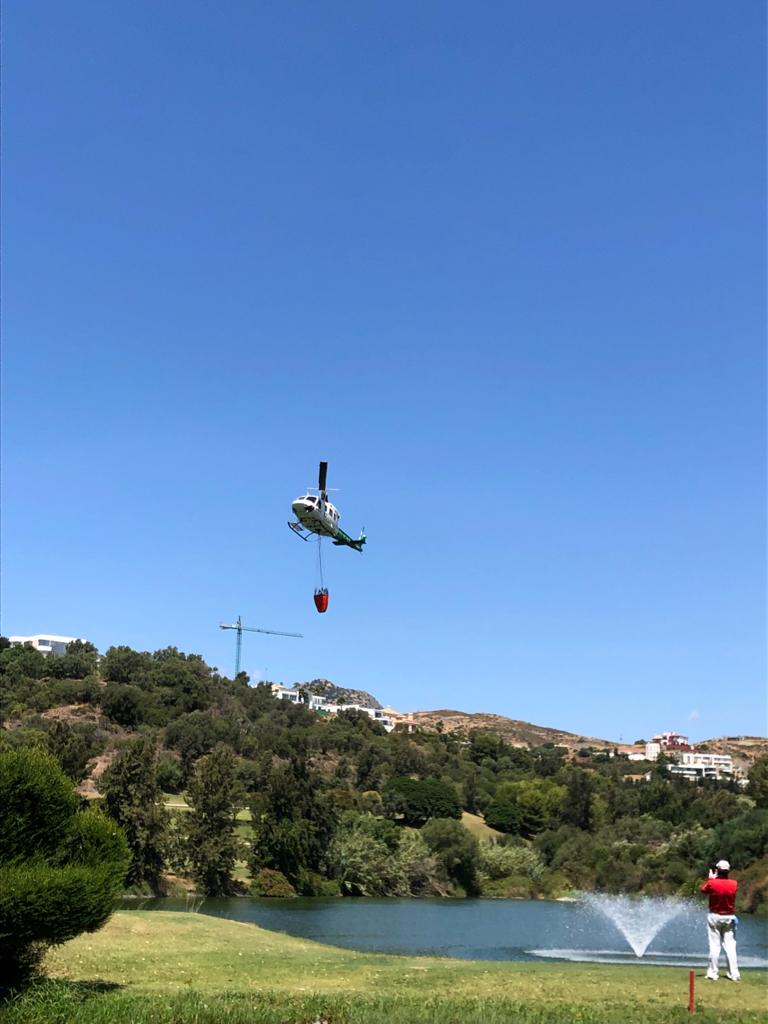 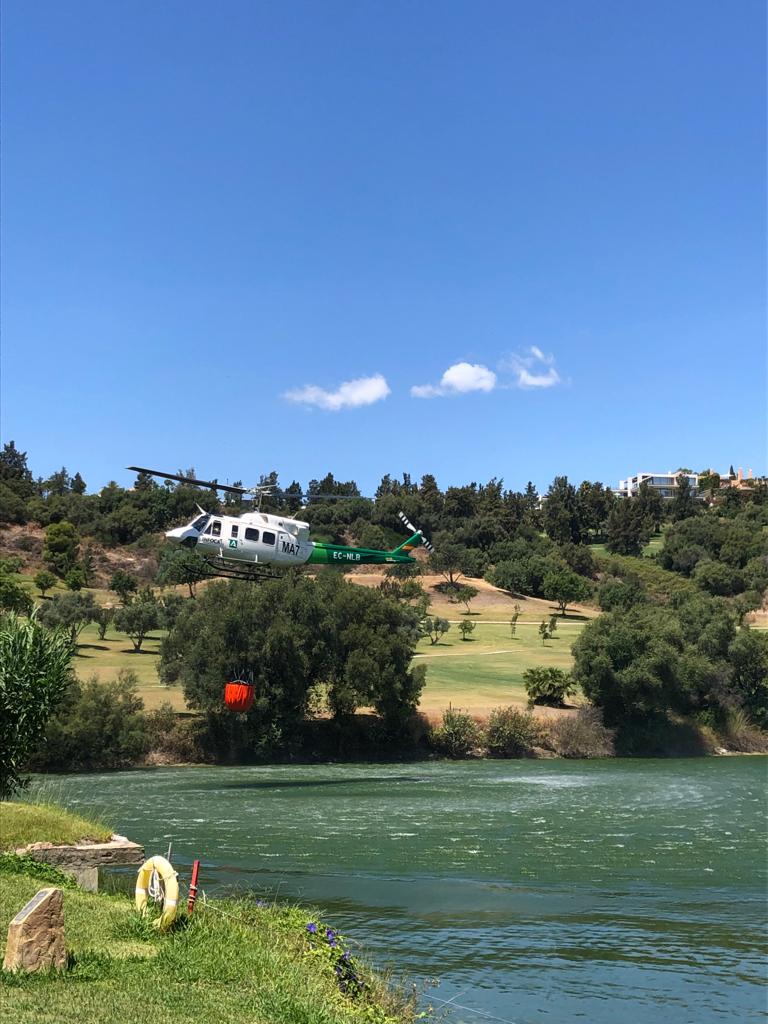