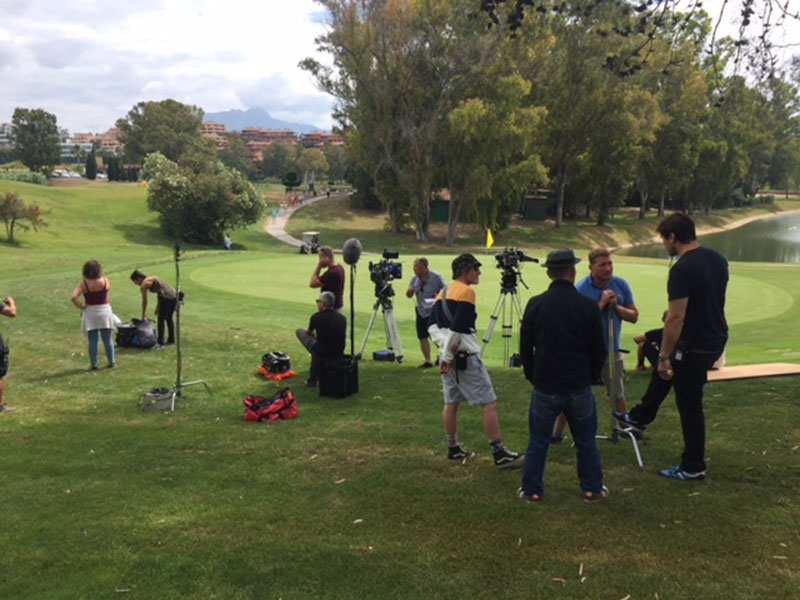 Holes 12 and 13 of Atalaya’s Old Course have been chosen as the perfect venue to shoot some scenes for the second season of the very successful British comedy-drama series “Living the Dream”.

Last Monday, May 28th, the collaboration between Atalaya Golf & Country Club and the TV production company became a reality, and Holes 12 and 13 were transformed into a TV set.

“Living the Dream” was first broadcast on November 2, 2017, on Sky One. Series One consisted of six episodes. The comedy-drama is about an English family, The Pembertons, who leave their native, rainy Yorkshire in the UK and move to sunny Florida to live the “American dream.” The father Mal has purchased a RV Park with the plan to create a booming family-run business. Unfortunately, Mal and his family quickly realise that they are not going to be living the “dream” that they had originally imagined.

Making changes from Series One, producers of “Living the Dream” have found the south of Spain the perfect location to shoot scenes for Series Two. This production is one of the most important that the province of Malaga will welcome in 2018 and is distributing a large part of its budget among companies, technicians, personnel, actors, accommodations and the many services that the Costa del Sol has to offer.