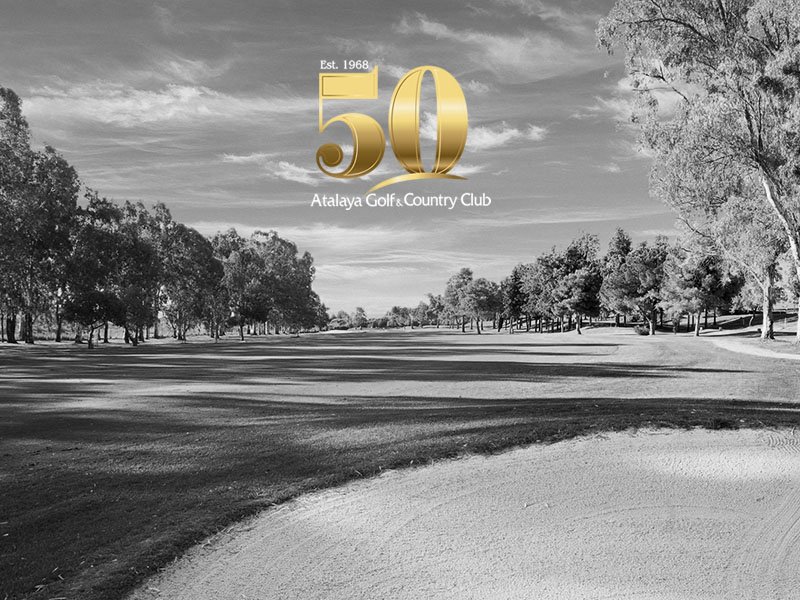 Each and everyday is a magical celebration of life at Atalaya Golf & Country Club! It has been that way for 50 years.

It all began in October of 1968 with the formal inauguration of the Old Course, created by the esteemed German golf course architect Bernard von Limburger. Since that first game on the Old Course and after the first ball was struck on the Paul Krings designed New Course, more than 3,000,000 rounds have been played on Atalaya’s two courses – a noteworthy celebration in itself.

The daily blending of members, green fee guests, celebrities, and aspiring golfing greats adds a special richness to the flavour of Atalaya’s ongoing celebration. In days gone by the legendary Peter Alliss, Sean Connery and Christopher Lee were Atalaya regulars.

More recently, the 2010 “Rookie of the Year” Azahara Muñoz, who is currently 74th in the world rankings, trained and played on a daily basis at Atalaya, and today Gecko Tour professionals regularly practice and compete in tournaments on Atalaya’s two courses, and hundreds of ambitious golfers participate in the numerous important tournaments that are staged at Atalaya – La Copa de Andalucia Femenina, the Circuito Renault de Golf Amateur, and the Audi Quattro Cup – to mention only a few.

These features graphically paint an image of how Atalaya Golf & Country Club has flourished over the past 50 years. Atalaya’s ambience and quality are why members, guests, celebrities, and professionals alike return day after day and year after year. These qualities are but a few of the many reasons why Atalaya Golf & Country Club is celebrating its 50th Anniversary during the first weekend of October 2018.

We welcome you to join with us in the many festivities that will commemorate Atalaya’s 50!