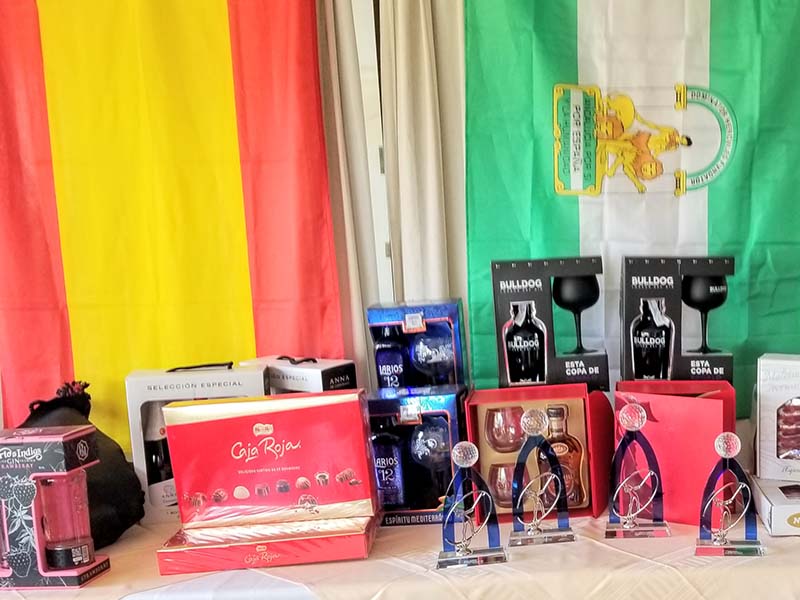 February the 28th is an important holiday in Andalucía. Known as the Día de Andalucía, Andalucians each year pay tribute to the 1980 referendum that gave autonomy to the more than eight million people who populate the whole of the area – inhabitants of the provinces of Almeria, Cadiz, Cordoba, Granada, Huelva, Jaen, Malaga and Seville.

February the 28th is also a very special day at Atalaya Golf & Country Club. It is the day that, with a “muchas gracias” to Atalaya’s Spanish socios, members and guests celebrate a fabulous fiesta, also to honour the Día de Andalucía. Atalaya’s Spanish family knows better than anyone how to throw a fabulous party, and this year’s event proved to be a great example of why.

The festivities began early with a shotgun start at 09:00. The Canada Cup format made the 18-hole, Old Course challenge especially demanding. When a Canada Cup is played, the individual Stableford score of each member of a two-person team must be recorded on each and every hole. For a team to do well, each member of the pair must play at the top of his or her game 18 times in a row. As the old saying goes – “This is easier said than done.”

After golf, a few hours were set aside for an afternoon repose and maybe even a siesta. And then a marvellous evening evolved, featuring wines from Jerez, Ibérico ham, and oysters, not to mention dinner at the club’s newly remodelled Ventanas de Atalaya restaurant, an amazing flamingo performance and a tombola with very generous prizes. As midnight neared and partygoers normally fade away, the fiesta grew stronger under the Spanish tutelage with dancing into the wee hours. Summing it up – this celebration is like no other. Calling it both animated and enthusiastic are understatements.

This year’s sponsors were: Alcazaba Beach, Powakaddy, T.E.Y.D.E.,TecnoPVC, Golf Andalousie, Morales Servia SL., Cali Artraex, Carrefour Estepona, costa fermont, s.l., La Casa Del Rey, Ventanas de Atalaya, Materiales de Construccion Estepona SL., Melrose Properties, and Fontaplus. Their generosity contributed greatly to making the celebration such a huge success. Much appreciation and many, many thanks to each and every one of them.

Upholding their winning tradition, the leaderboard was filled with the names of Spanish members and guests. The team of Miguel Mateos Alaminos and Rafael Garzon Morente, who happens to be one of Atalaya’s starters, placed First, scoring 83 points. Second Place went to Francisco Sedeño Montes and Giovanni Murgia Colace with 80 points.