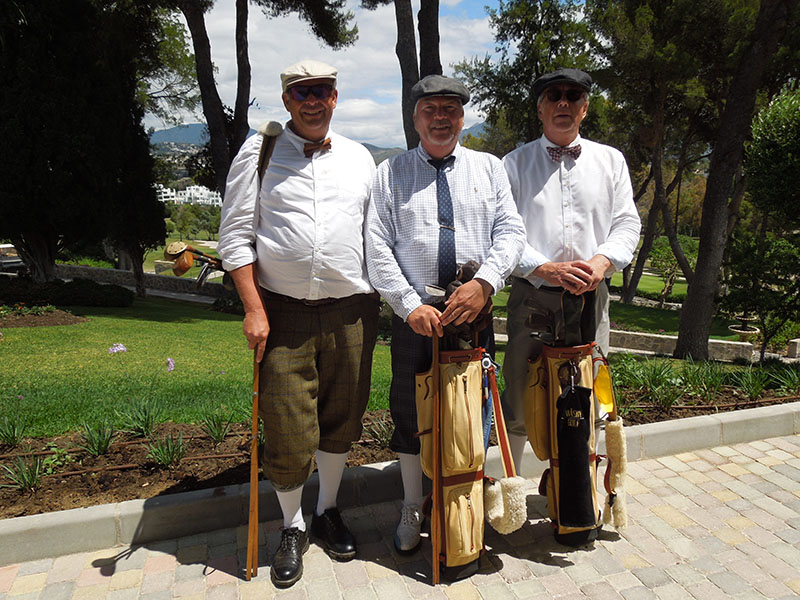 Shades of the early days of golf showered Atalaya’s New Course on Friday, May 25th. Three Swedish golfers, under the guidance of PGA member Jan Carlsson, brought to life a glimpse of 19th Century golf.

Dressed in period golf attire and playing with fantastic, original, hickory golf clubs, the golfers resurrected a true sense of the original game that is so dear to our hearts. To complete the image that they were creating, the players used early 19th Century golf bags to carry their clubs.

The only component of the early game that was missing was the use of period golf balls. Instead, the players opted for modern balls. However, to insure that the shafts of their old, hickory clubs would not be damaged or broken, the golfers played with today’s low compression balls.

The group of three enjoyed a wonderful experience on our New Course, playing their round in less than three hours. After play, they commented that the New Course is idyllic and a great course for playing with their vintage clubs. The lengths of the holes blend perfectly with the hitting lengths of their old hickory clubs.