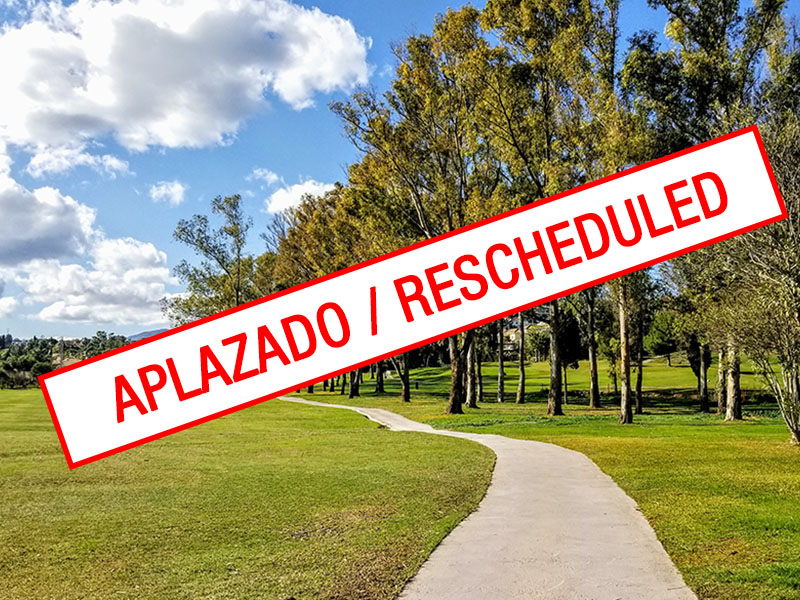 Due the State of Alarm declared by the Spanish government, ordering the closure of all non-essential facilities with the goal of combating the spread of the coronavirus (COVID-19), both golf courses and all facilities at Atalaya Golf & Country Club are currently closed.

Regrettably, we have to postpone again the Von Limburger Open Championship until further notice. Feel free to contact us at vonlimburger@atalaya-golf.com for any other question.

Sometimes when Old Man Weather knocks, he creates a bit of havoc. Such was recently the case at Atalaya Golf & Country Club. The Club’s most important tournament of the year, the von Limburger Open Championship, scheduled for Saturday and Sunday, the 25th and 26th of January, was postponed. The reason – heavy rains that drenched our area.

The championship is now scheduled for Saturday and Sunday, the 4th and 5th of April, 2020.

As a result of the deluge of heavy rain, the decision was originally made to revamp the two-day, Medal Play tournament into a one-day championship to be played on Sunday, the 26th of January. However, when the rains continued, this idea was scuttled and the championship was rescheduled for April in its proper form.

The von Limburger Open Championship has gained the reputation of being one of Costa del Sol’s most prestigious annual golf tournaments and always attracts a field of more than 100 competitors from throughout Spain and Europe.

With a history that dates back more than 20 years, the tournament, played on Atalaya’s championship Old Course, honours the memory of the course’s designer, Dr. Bernard von Limburger. To this day Dr. von Limburger is universally recognised as Germany’s greatest golf course architect.

All of those who have already registered to play in the 2020 von Limburger championship will remain on the roster to play in April. Anyone who cannot play in April is asked to notify the Club at vonlimburger@altalaya-golf.com. Please use this same email should you have any questions or require additional information about the rescheduled tournament.

Atalaya Golf & Country Club sincerely apologises for any inconvenience that the rescheduling of this event has caused. We at Atalaya remain committed to providing  Costa del Sol’s finest golfing experience.