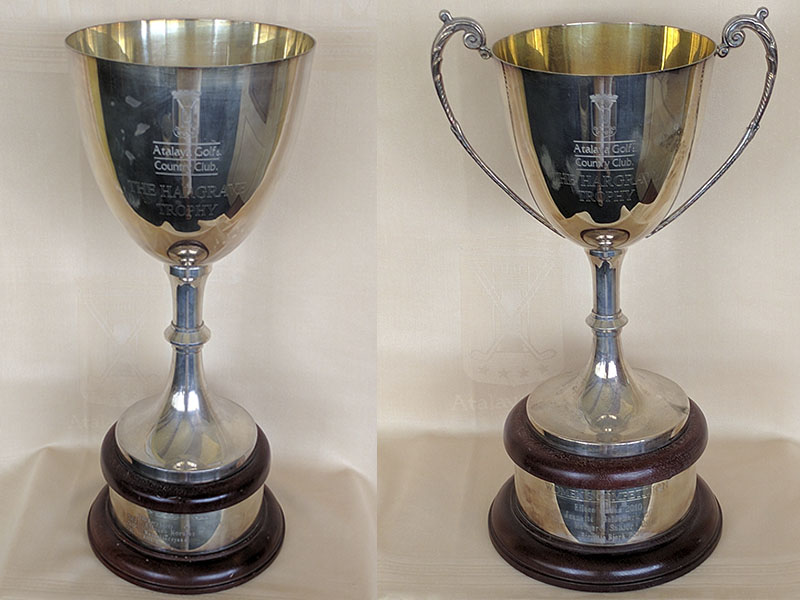 Throughout the year members of Atalaya Golf & Country Club have the opportunity to compete in special tournaments that are organised just for them.

The Hargrave Trophy is one of these events and is played each year during the month of January. The 18-hole, Individual Stableford competition is always held on Atalaya’s championship Old Course. Trophies are awarded to both the lady and the gentleman golfer who card the highest number of Stableford points of the day. The two are recognised as the year’s Hargrave Trophy champions.

This year the tournament was held on Saturday, the 26th of January. Bathed in Costa del Sol’s warm sunshine and gorgeous blue sky, the mood was perfect for the spirited competition. More than 60 golfers competed, with the men outnumbering the women by two to one. After a hard fought round by all, Francisco Jose Zamorano Vazquez with 39 points and Louise Spruce with 37 points were named tournament champions.

Originally, the tournament touted a third trophy that was awarded to the golfer with the best scratch score of the day. However, in 2016 that trophy was restored and re-purposed as Atalaya’s perpetual Ryder Cup Trophy.

The Hargrave Trophy was the brainchild of the late Derek Hargrave. Hargrave served as both Atalaya’s Captain and President. In his Will Hargrave requested the establishment of the tournament, and in 2010 the tournament became a reality. Initially, the Hargrave family sponsored the tournament. During the past few years the responsibility has been assumed by Atalaya’s members’ committee.