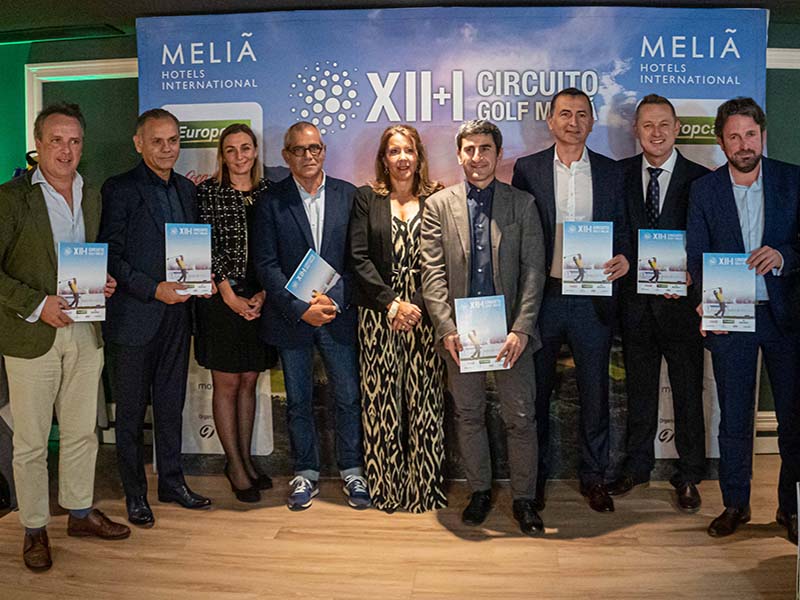 Atalaya Golf & Country Club hosted the grand final of the 12th+1 season of the Golf Meliá Circuit on Friday and Saturday, the 22nd and 23rd of November. Played on Atalaya’s traditional and challenging Old Course, 18 finalists and 82 sponsors and VIP guests competed in the two-day event.

Created by Meliá Hotels International, each year’s series consists of six qualifying events and a grand final. Played on primer courses scattered throughout the whole of Spain, the tournament has gained the reputation of being arguably one of the country’s best circuits for amateur golfers. Marking the 13th consecutive year that the series has been played, Atalaya Golf & Country Club is honoured to have been chosen to host the 2019 tournament final.

The fight to reach first place was in no way inhibited by the unscheduled Friday rain, and competitors remained committed to skilfully demonstrating their fine-tuned golfing talents until the very end of the 36-hole Stableford event.

The series began in May when the 12th+1 circuit made its first stop at the Real Sevilla Golf Club. June found the tournament in Madrid at El Encín Golf. July’s qualifier was played in Galicia at La Zapateira – Real Club de Golf de La Coruña. In September the tournament travelled to the Basque Country to the Real Golf Club de San Sebastián’s Jaizkibel course. Next, Buenavista Golf at Meliá Hacienda del Conde in Tenerife hosted the tournament’s fifth qualifier. And finally before stopping at Atalaya Golf & Country Club for the 2019 grand final, the sixth leg of the 12th+1 series was played in October in Mallorca.