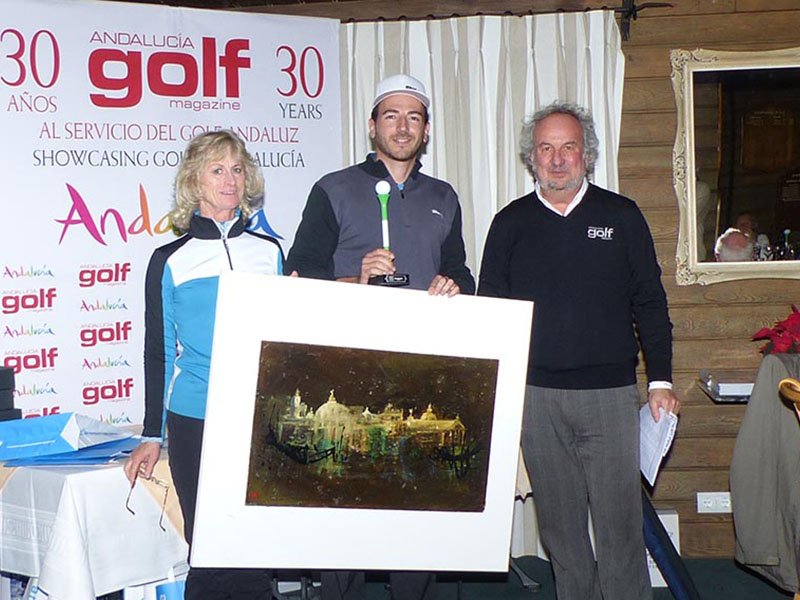 The day’s windy conditions made play quite challenging but failed to deter the tournament’s keen competitors from producing some highly creditable scores.

Trophies, as well as prizes valued at more than €1,500, were presented to the three leading players in two Stableford categories, and special awards were given for the Longest Drive (gentlemen and ladies), the ball Closest to the Pin, and the best Scratch score. Gifts were, also, awarded through a raffle.

In the Second Handicap Category Álvaro Pérez Cruz placed First with 39 points. Nicolas Carrasco Díez was Second with 35 points, and Mike Christopher was Third with 35 points, winning on a handicap count back.

The Longest Drive awards went to Steve Cameron and Matilde Gálvez Periañez, and Closest to the Pin was captured by Juan Francisco Lazo Córdoba.

Please click here to see the images of the tournament.